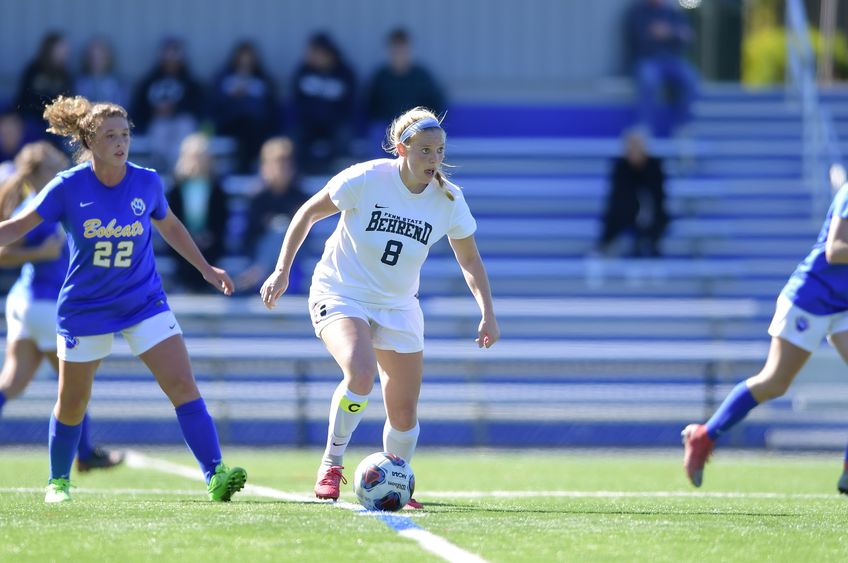 The college’s volleyball, wrestling, bowling and swimming and diving teams also were in action last week. Here are the highlights:

The Lions finished their season with a 14-3-2 record, including the Allegheny Mountain Collegiate Conference regular-season and championship titles. The team will face Lycoming in the first round of the NCAA Division III tournament on Nov. 10.

The Lions take an eight-game winning streak into the NCAA Division III tournament, where they will face Tufts University on Nov. 10. Brenna McGuire, a freshman from McDonald, scored twice in the AMCC championship game. She led the conference in goals this season.

The Lions led Pitt-Bradford by two sets in the AMCC championship match but eventually lost. The final score was 18-25, 15-25, 26-24, 25-15, 18-16. The team holds the second seed in Pod 2 for the Eastern Collegiate Athletic Conference South Region Tournament, which begins Nov. 7.

Brianna Lundy, a junior from North Huntingdon, led the Lions in all three matches. In the first, she was one pin shy of tying the top overall bowler.