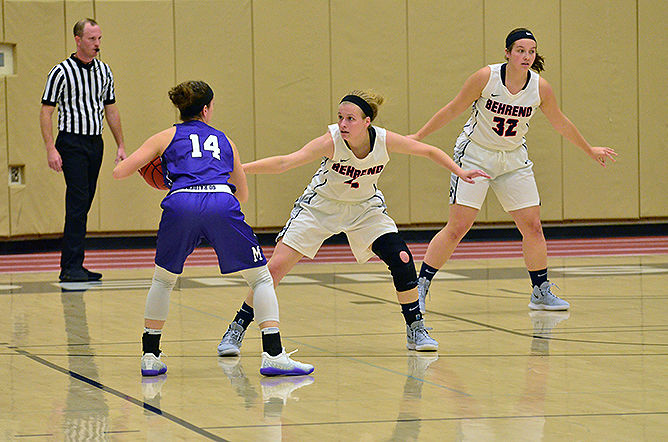 Penn State Behrend’s basketball teams opened their 2018-19 seasons hoping to build on the college’s athletic success during the fall semester – including a best-ever showing by the men’s soccer team in the NCAA Division III tournament.

The college’s soccer, wrestling and water polo teams also were in action last week. Here are the highlights:

The Lions exited the NCAA Division III tournament in the semifinals round, finishing their season with a 16-4-2 record. Goalkeeper Chris Ralph, a senior from Murrysville, made eight saves, including a blocked penalty kick.

Alanna Dibble, a freshman from Lakewood, New York, was named to the all-tournament team for the Creative Imprints Tip-Off Tournament by shooting 42.9 percent from the field. She added 11 points and a game-high 14 rebounds against Wooster.

Jake Paulson, a sophomore from Erie, was 4-0 at the John Carroll Duals. Paulson, who wrestles in the 184-pound weight class, won twice by pin and twice by decision.

Isaak Hatopp, a junior from Saline, Michigan, and Austin Hoff, a junior from Lake Forest, California, each scored three goals against Austin College to win the fifth-place game at the Mountain Pacific Sports Federation Championships.