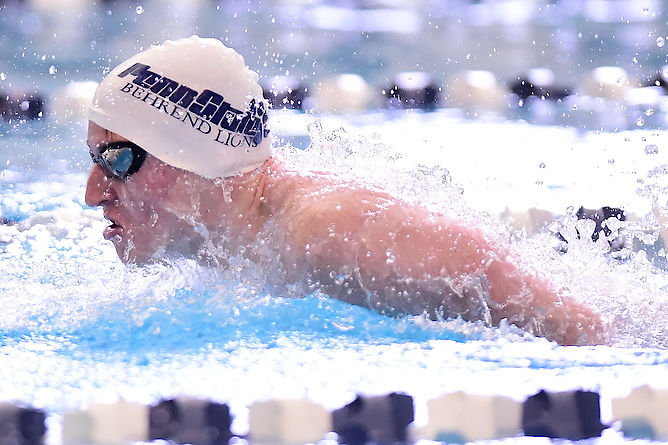 Ten members of the Penn State Behrend men's swimming and diving team won events in a non-conference match-up with Washington and Jefferson on Jan. 12.

Andy Niland, a senior from Fairview, scored 22 points against Franciscan. Nolan Nuara, a sophomore from Erie, scored a career-high 21 points against D’Youville.

The Lions won the opening event – the 200-meter medley relay – with a strong showing by Alex Croll, Matt Karenbauer, Mark Patterson and Chase Bietz. By the end of the meet, 10 of the team’s swimmers had won their races.