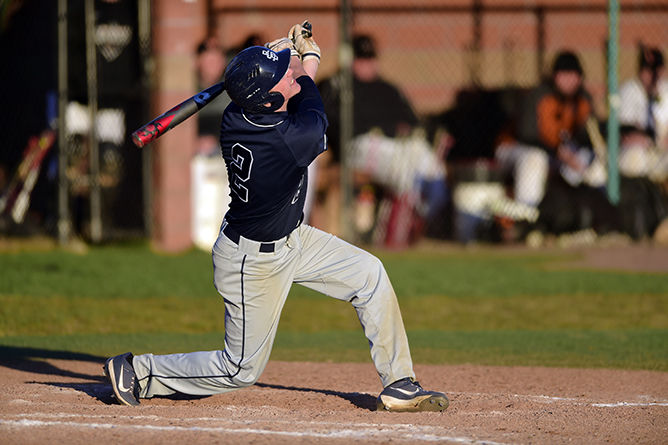 Penn State Behrend's baseball team opened its 2019 season with an 8-4 win over Wilkes.

The college’s basketball, track and field, tennis, volleyball, water polo and bowling teams also were in action last week. Here are the highlights:

Justin Foreman, a senior from Oakdale, hit a three-run double with two outs to give the Lions the lead over Wilkes. Phil Myers, a senior from DuBois, threw 70 strikes on 90 pitches and gave up just two earned runs.

The Lions exited the NCAA Division III tournament with a two-point loss to Hamilton. Justin Gorny, a senior from South Park, and Mike Fischer, a senior from Wexford, each scored 17 points. Gorny also led the team in rebounds, with 11.

Thirteenth (of 40 teams) at the All-Atlantic Track and Field Championships.

Braeden Smith, a sophomore from Erie, won the high jump with a leap of 2.06 meters. He tied for the tenth-best score in the nation and will compete at the NCAA Championships in Boston.

Twenty-second (of 40 teams) at the All-Atlantic Track and Field Championships.

Belden Tuttle, a sophomore from Fairview, won at No. 6 singles. He is 6-1 for the season in singles play.

Fifth (of eight teams) at the Allegheny Mountain Collegiate Conference Round Robin tournament.

Brianna Lundy, a junior from North Huntingdon, led the Lions with 230 points against Mt. Aloysius and 192 against Penn State Altoona.