You have 30 minutes… Now, build a bridge 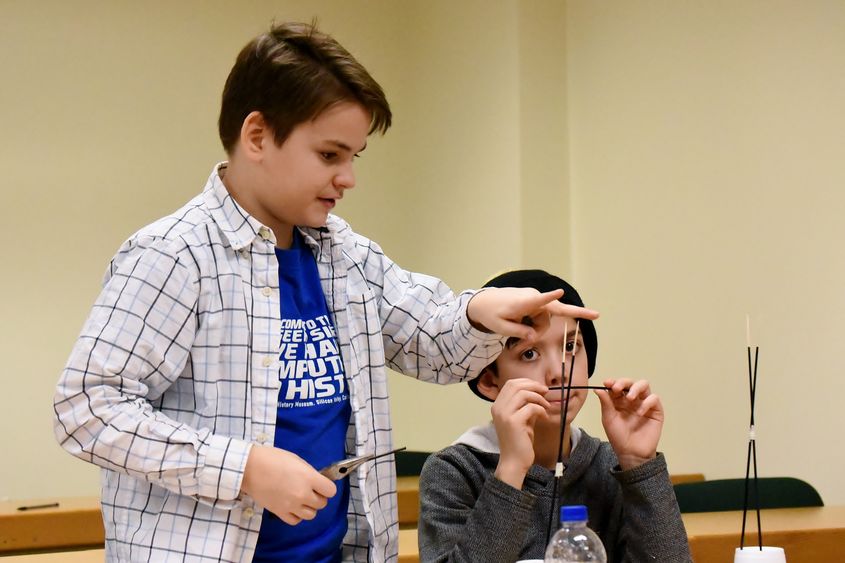 Ryker Selnekovic, left, and Killian Radel, both seventh-grade students in the Brookville Area School District, work to perfect their bridge during the Mystery Architecture activity at the 2019 regional Science Olympiad. Held this month at Penn State Behrend, more than 400 area middle- and high-school students from 35 schools participated in the event.

With science, preparation is everything. The very definition of the scientific method states that rigorous observations should lead to the testing of a hypothesis.

But what happens when a hypothesis has to be formed and tested on the fly?

That’s the question that awaited participants as they arrived at the Mystery Architecture  activity at the 2019 regional Science Olympiad, held this month at Penn State Behrend. More than 400 area middle- and high-school students from 35 schools participated in the event.

Mystery Architecture, which was one of 46 science-related challenges, was a bit different from the other activities. Students could not plan in advance for Mystery Architecture. All they knew was that they would need to build some sort of structure in a limited amount of time. This time, that structure was a bridge.

For the scientific-minded, such an event presents a challenge, but it’s a challenge that Ryker Selnekovic and Killian Radel, both seventh-grade students in the Brookville Area School District, relished.

“First, we kind of assessed what materials we could use, and then we mapped out an idea,” Selnekovic said.

As part of that mapping process, the duo also nixed things that would not work.

“When we saw that we were making a suspended bridge, we knew there were some things that just would not work, so we immediately ruled them out,” Radel said.

Over the next 30 minutes, teams of two worked busily to construct a bridge that would span at least 21.6 centimeters. Teams could only use the materials provided, and each bridge had to ultimately support a fruit snack bag for 10 seconds.

Using tape, coffee stirrers, toothpicks, Styrofoam cups, paper plates and other miscellaneous items, teams raced to produce the tallest bridge. However, Selnekovic and Radel were a bit more relaxed in their approach, using almost the entire 30-minute window to perfect their bridge.

“We like the fact that you could not prepare for this much,” Radel said. “For us, all that means is that the other teams did not have time to prepare either, so this is actually really fair.”

When the event was finished, Selnekovic’s and Radel’s bridge did successfully support the fruit snack bag for 10 seconds. While they would still need to wait to see if their bridge was amongst the tallest, the day had already been a success.

“Since I’m a seventh-grader, this was my first time doing the Science Olympiad, and I liked it,” Selnekovic said. “It’s nice to come here for a day, and I think I would like to do this again next year, too.” 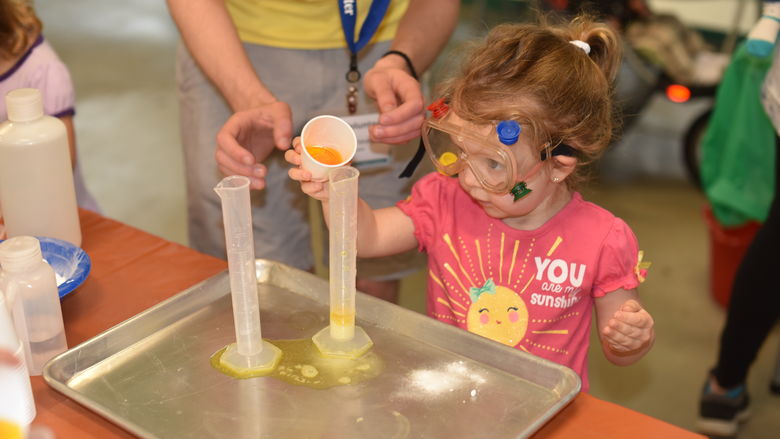 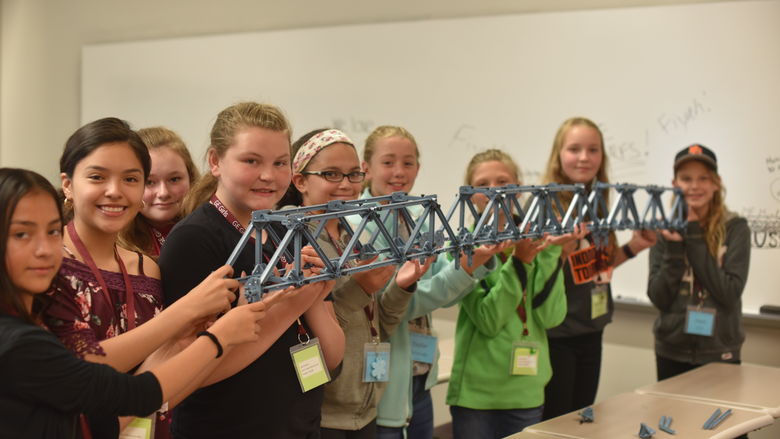