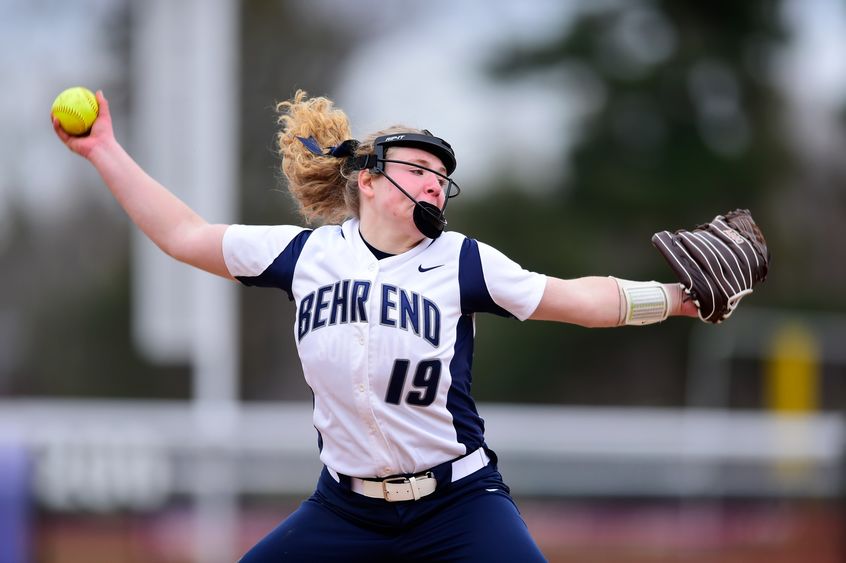 Ashley Seamon, a freshman from West Allegheny, gave up just three hits in a shutout against Thiel.

Penn State Behrend’s softball team was 6-0 last week, with sweeps against Thiel, La Roche and Medaille. The Lions are 17-7 overall.

The college’s baseball, volleyball, track and field and tennis teams also were in action last week. Here are the highlights:

Scott Sada, a senior from Saegertown, had two runs and three RBIs against Fredonia. He scored four runs in the opener against Pitt-Greensburg.

AJ Nichols, a senior from Pittsburgh, had three hits in the opener against Medaille, earning three RBIs and two runs. She also pitched a shutout, striking out seven batters.

Jack Georgetson, a sophomore from Aliquippa, won the pole vault event at the John Homon Invitational at Mount Union, clearing a height of 4.41 meters. Kyle Grimm, a junior from Beaver, placed second, with a height of 4.26 meters.

Courtney Sargent, a senior from Erie, set a school record in the 3,000-meter steeplechase at the John Homon Invitational at Mount Union. She finished in 11:35.50, placing second.

Setter Anthony Sprentz, a senior from Cranberry Township, had 46 assists and 11 digs against Geneva – his third double-double of the season.

Michael Duckett, a junior from Girard, won a tiebreaker at No. 3 singles to carry the Lions past Pitt-Greensburg. He defeated Vaughn Hunkele with scores of 7-6, 6-3 and 10-6.