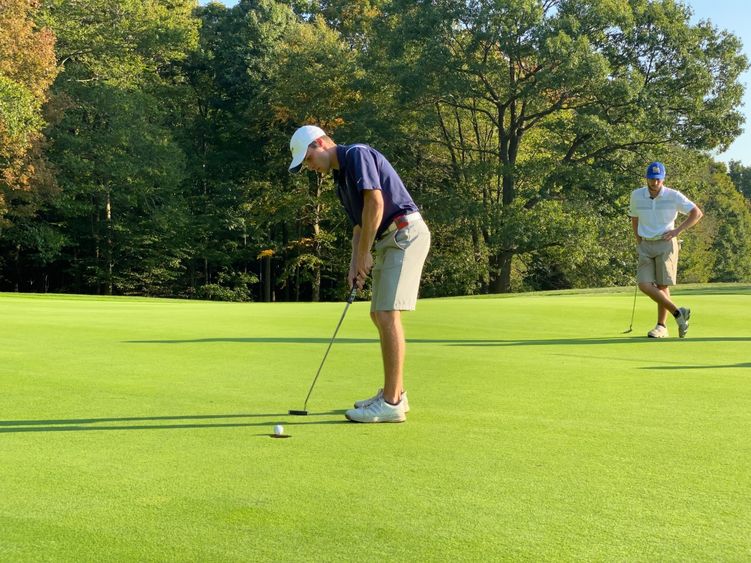 ERIE, Pa. — Three Penn State Behrend golfers finished in the top 10 at the Penn State Altoona Invitational on Sept. 21. Ryan Meyer, a freshman from Sewickley, placed second overall with a score of 75.

The college’s soccer, volleyball, tennis, cross-country and water polo teams also were in action last week. Here are the highlights:

The Lions outshot Grove City, 10-1. Aaron Harris, a senior from Washington, and Nick Laskey, a freshman from Charleroi, each scored goals.

Fourth (of 21 teams) at the Roberts Wesleyan Invite

Ninth (of 19 teams) at the Roberts Wesleyan Invite

Riley Crissman, a senior from Bradford, placed seventh in a field of 224 runners. She finished the 5K race in 19:01.9.

Third (of 12 teams) at the Mount Aloysius Invitational

Second (of nine teams) at the La Roche Invitational

Ryan Meyer, a freshman from Sewickley, tied for second at the La Roche Invitational with a team-low score of 80. Alex Pol, a sophomore from Erie, tied for third at the Mount Aloysius invitational. He shot a season-low 76.

Mitchell May, a sophomore from Erie, swept Andrew Ung of Penn State Altoona at No. 5 singles, winning 6-0, 6-0.

Hadley Howell, a sophomore from Harborcreek, won at No. 3 singles against Penn State Altoona. She finished her match with scores of 7-5, 3-6, and 10-4.

Chase Cordon, a freshman from Canyon Lake, California, scored three goals against Iona. Matt Olimski, a junior from San Diego, made 10 saves in that game.