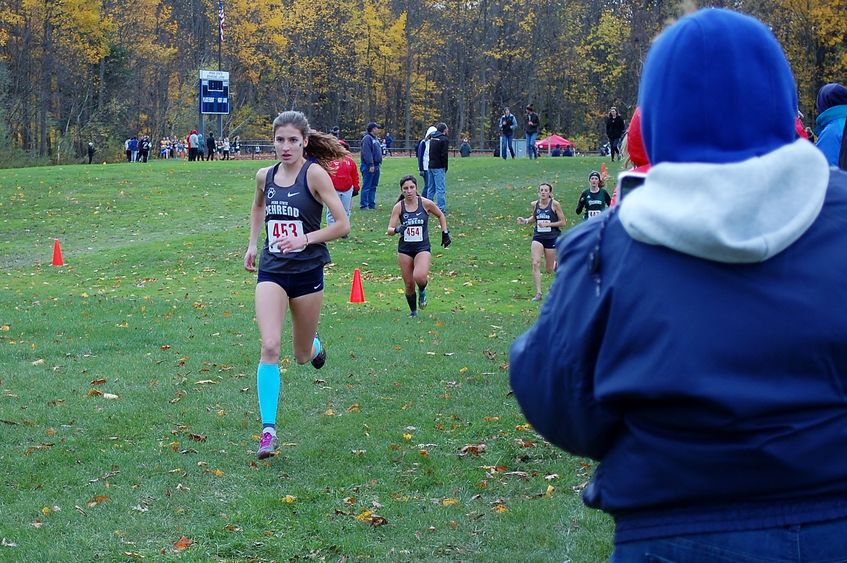 Savanna Carr, a junior from Franklin, won the individual title at the AMCC championships. She set a record time in the 6K race, finishing in 22:10.4.

The college’s soccer, volleyball, wrestling, water polo, bowling and swimming and diving teams also were in action last week. Here are the highlights:

The Lions finished their season undefeated at home. Richard Blanchard, a junior from Erie, scored a goal and added three assists.

Brenna McGuire, a sophomore from McDonald, scored five goals. The Lions enter the AMCC playoffs with the second seed.

Second (of nine teams) at the AMCC championships

Phoenix Myers, a junior from Erie, placed fourth in a field of 73 runners at the AMCC championships. He finished the 8K race in 26.01.4.

First (of nine teams) at the AMCC championships

The Lions placed first in 11 events. Thaddeus Johnson, a freshman from Brookville, won the 200 and 100 breaststroke races. He also swam a leg of the winning 200-medley relay.

Goalie Matt Olimski, a junior from San Diego, made 16 saves.

The Lions placed seventh at the two-day Medaille Invitational. Brianna Lundy, a senior from North Huntingdon, ended the first day ranked fourth in a field of 45 bowlers, with an average score of 186.4.