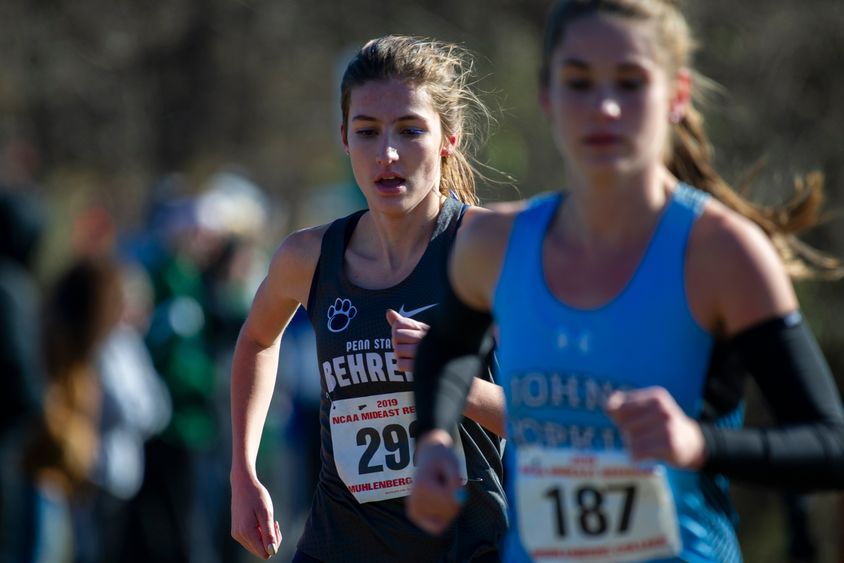 Savanna Carr, a junior from Franklin, placed eighth in a field of 349 runners at the NCAA Division III Mid-East Regional.

ERIE, Pa. — Penn State Behrend runner Savanna Carr qualified for the NCAA national championship race after placing eighth in a field of 349 runners at the NCAA Division III Mid-East Regional in Bethlehem. Carr, a junior from Franklin, finished the 6K race in 21:52.7.

Goalkeeper Matt Warnaka, a senior from Beaver Falls, made six saves in the loss to Kenyon in the first round of the NCAA Division III tournament. The Lions ended their season with a 19-2 record.

The Lions lost to McDaniel in the first round of the Eastern College Athletic Conference tournament. The team ended its season with a 10-8-2 record.

Kristin Reiland, a sophomore from Fairview, had a team-best 10 kills in the loss, which came in the first round of the NCAA Division III championships. She added seven digs and two assists.

Tenth (of 51 teams) at the NCAA Mid-East Regional

Twenty-third (of 49 teams) at the NCAA Mid-East Regional

The Lions lost to Wittenberg in the championship game at the Behrend Tip-Off Tournament. Caitlin Carnuche, a sophomore from New Castle, led the team with 19 points. She scored a career-high 32 points against Cazenovia.

William Brown, a freshman from Burgettstown, won by pin against Ohio Northern. He wrestles at 165 pounds. Cole Ruffo, a sophomore from Mercer, won on points, 6-3, against Wisconsin-Stevens Point. He wrestles at 149 pounds.