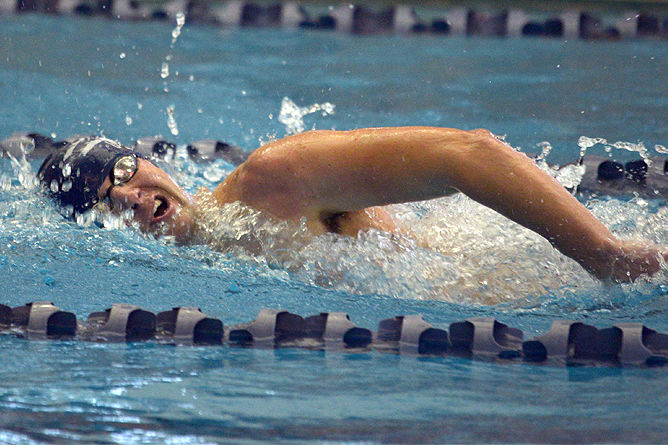 The college’s basketball, cross country, water polo, wrestling and bowling teams also were in action over the last two weeks. Here are the highlights:

The Lions made 18 of 19 free throws against Medaille. Dorian Connors, a senior from Girard, led the team with 23 points and 11 rebounds.

Savanna Carr, a junior from Franklin, placed 215th in a field of 350 runners at the NCAA D-III championships. She is the only Behrend cross country runner to have twice qualified for the national championships.

The 200 freestyle relay team — Chase Bietz, a sophomore from Clearfield; Jacob Schmidt, a junior from Erie; Quinn Fischer, a senior from Fairview; and Alex Croll, a junior from Honolulu, Hawaii — won in 1:24.69. That was the third-fastest time in program history.

The Lions placed fifth at the Mountain Pacific Sports Federation Championship tournament. Austin Hoff, a senior from Lake Forest, California, scored the game-winner against Austin on a penalty shot with one second remaining in the game.

Michael Binni, a sophomore from Canonsburg, won two matches at the John Carroll duals. He won by decision at 125 pounds and at 133 pounds.

Bridgette O’Neil, a sophomore from Pittsburgh, had the highest traditional score for the Lions, with a 168.