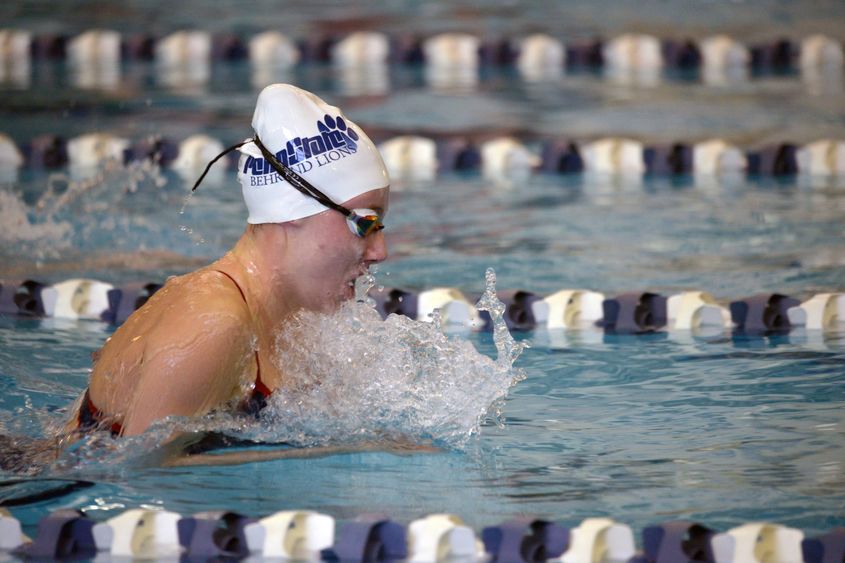 The college’s basketball, wrestling and bowling teams also were in action last week. Here are the highlights:

The game against Carnegie Mellon was tied 14 times before the Tartans took the lead in the final minute. Devin Pope, a sophomore from Ripley, New York, paced the Lions with 19 points.

Alex Croll, a junior from Honolulu, Hawaii, won three events: the 50 freestyle, the 100 breaststroke, and the 200 medley relay, which he swam with teammates Liam Watterson, Matt Karenbauer and Jacob Schmidt.

Barbie Cessar, a sophomore from Slippery Rock, won three events: the 100 backstroke, the 200 backstroke, and the 200 medley relay, which she swam with teammates Valerie Grimes, Lacey Grinnen and Trulee Stainbrook.

Michael Binni, a sophomore from Canonsburg, placed fourth in the 125-pound weight class at the RIT Invitational. He won two matches before falling to a wrestler from Williams.

Brianna Lundy, a senior from North Huntingdon, led the Lions in the two wins against Ursuline. She bowled a 182 in the first match and a 189 in the second.