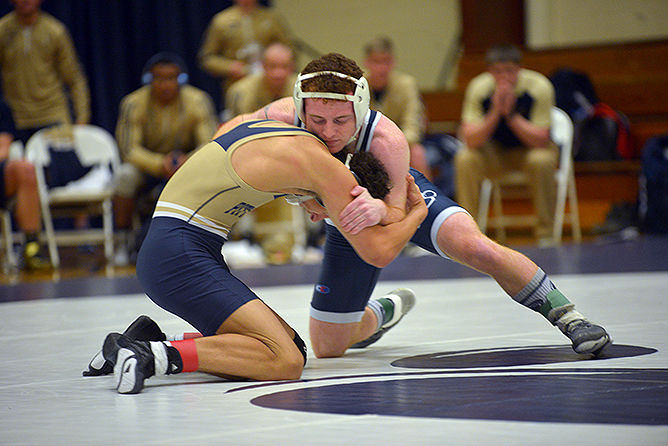 Penn State Behrend wrestler Michael Binni has built a 12-8 record, with two pins. He wrestles in the 125-pound weight class.

Penn State Behrend wrestler Michael Binni, a sophomore from Canonsburg, won by major decision against Thiel and by forfeit against Pitt-Bradford. He wrestles in the 125-pound weight class.

Kenny Fukon, a junior from Cranberry Township, scored 17 points against Hilbert and 14 more against Penn State Altoona. P.J. Gourley, a sophomore from Butler, had 14 points and a career-high 11 rebounds against Hilbert.

The Lions were tied with Pitt-Bradford after 10 matches, but the Panthers had more six-point decisions, which gave them the win.