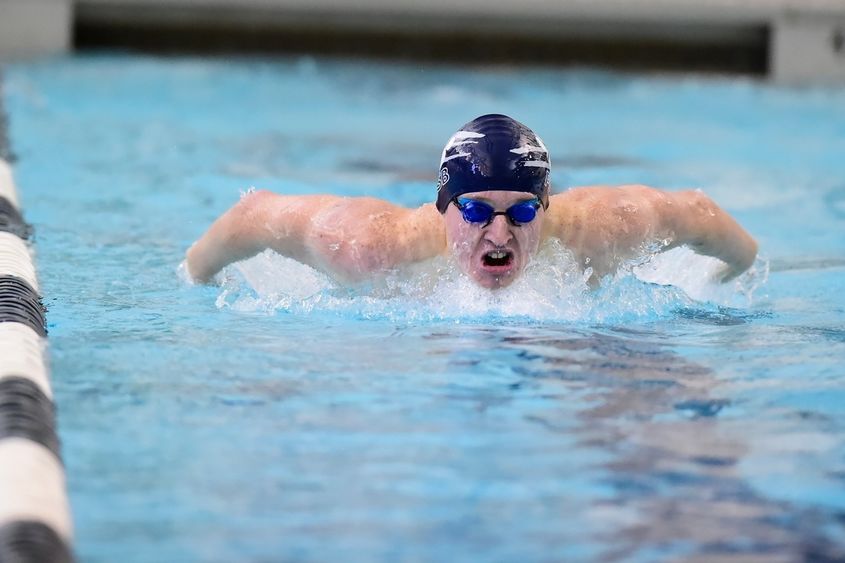 The college’s basketball, volleyball, track and field, tennis and water polo teams also were in action last week. Here are the highlights.

Six players had season-best scoring against Pitt-Bradford. The team will face Mt. Aloysius in the first round of the Allegheny Mountain Collegiate Conference tournament on Feb. 25.

Dillon Hildebrand, a senior from Red Lion, recorded 12 kills against Southern Virginia. Cody Schnur, a sophomore from Butler, had a .714 attack percentage against D’Youville, scoring five kills on seven attempts.

Marcella Puglia, a sophomore from Beaver Falls, won the 1,650 freestyle, finishing in 18:08.07. She set AMCC Meet and Open records and repeated as champion in the event. Barbie Cessar, a sophomore from Slippery Rock, won the 200 breaststroke.

Savanna Carr, a junior from Franklin, won the mile run at the Nazareth Invitational, finishing in 5:14.55. She qualified for the All-Atlantic meet. Jenna Shelton, a senior from Cabot, won the 800-meter race, finishing in 2:16.96.

Ricky Dong, a freshman from Beijing, won a 6-0, 6-4 decision at No. 1 singles against Westminster. He has a 7-1 record for the season.