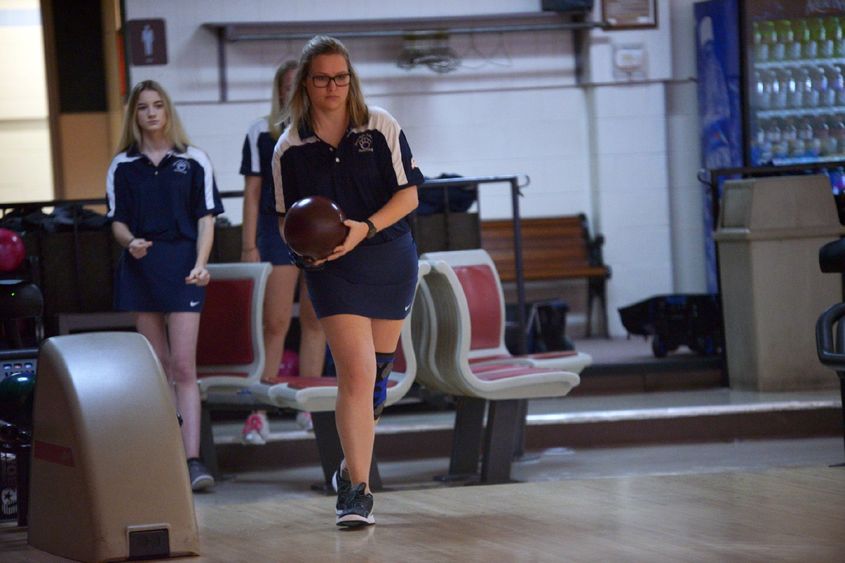 The Penn State Behrend women's bowling team earned its first AMCC playoff berth with a 6-3 finish at the Round Robin tournament in Altoona.

The Penn State Behrend women’s bowling team earned its first Allegheny Mountain Collegiate Conference playoff berth with a 6-3 record at the AMCC Round Robin tournament in Altoona. All sports events have been canceled, including the AMCC tournament, due to concerns surrounding the coronavirus.

The college’s basketball, baseball, softball, volleyball, track and field and water polo teams also were in action last week. Here are the highlights.

Westminster pulled ahead with 2.3 seconds remaining in the third overtime to knock the Lions out of the Eastern College Athletic Conference tournament. Devin Pope, a sophomore from Ripley, New York, led the Lions with 26 points.

Caitlin Carnuche, a sophomore from New Castle, scored 29 points against Cabrini – 15 of them in the first quarter. She scored 22 against Westminster.

Braden Paulinellie, a sophomore from DuBois, hit a double and a triple in the first game against Cairn, driving in five RBIs.

Mackenzie McIntire, a junior from Stoneboro, scored a solo home run against Heidelberg. She finished the game with two hits and one RBI.

Dillon Hildebrand, a senior from Red Lion, served nine consecutive points – four of them aces – to build an 18-9 lead in the first set against Greenville. Diego Ortiz, a sophomore from San Juan, Puerto Rico, added 21 assists and five digs.

Ninth (of 34 teams) at the All-Atlantic Regional Championships

Third (of 32 teams) at the All-Atlantic Regional Championships

Brianna Lundy, a senior from North Huntingdon, led the AMCC Round Robin tournament with a 193.56 average. She scored more than 200 points in five of her games.