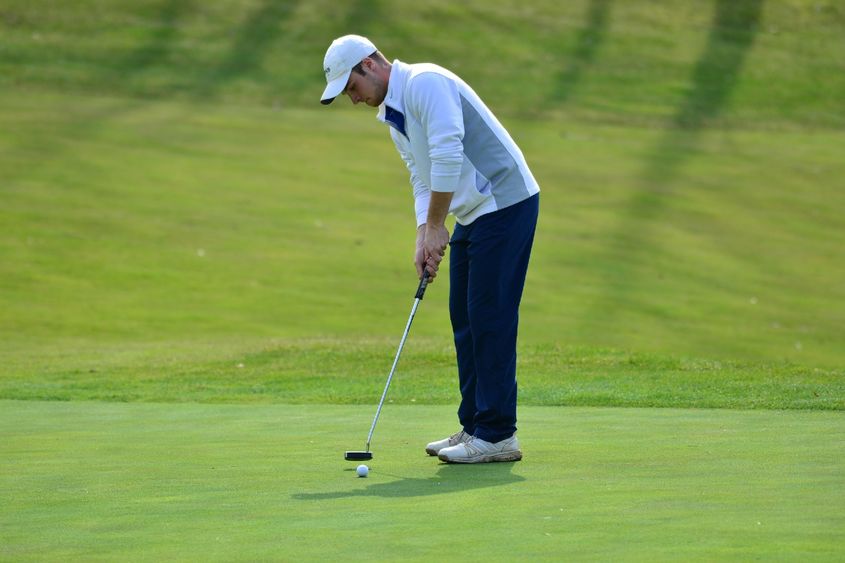 The Penn State Behrend men’s golf team placed second at the Penn State Altoona Spring Invitational. Ryan Meyer, a sophomore from Sewickley, and Alex Pol, a junior from Erie, tied for third overall, with season-low scores of 77. The team will compete in the Allegheny Mountain Collegiate Conference championships on April 18.

Josh Wagner, a senior from South Park, made his 100th career hit in the opener against Penn State Altoona. Juston Jones, a sophomore from Moon Township, batted 3-for-4 in the game, with three runs.

The Lions scored six runs in the fifth inning of the opener against Pitt-Greensburg. Mackenzie McIntire, a senior from Stoneboro, batted 5-for-5 for the day, earning a double and three RBIs.

The Behrend team took the top four spots in the pole vault at the Early Season Invitational at Alfred State. Jack Georgetson, a senior from Aliquippa, finished first, clearing a height of 4.40 meters. Matt Michael, a senior from Erie, won the shot put, throwing 14.37 meters.

The Lions placed second in the Allegheny Mountain Collegiate Conference tournament, falling to Hiram in five sets. Colin Dedert, a senior from Pittsburgh, had a career-high 24 kills. Diego Ortiz, a sophomore from San Juan, Puerto Rico, had 34 assists.