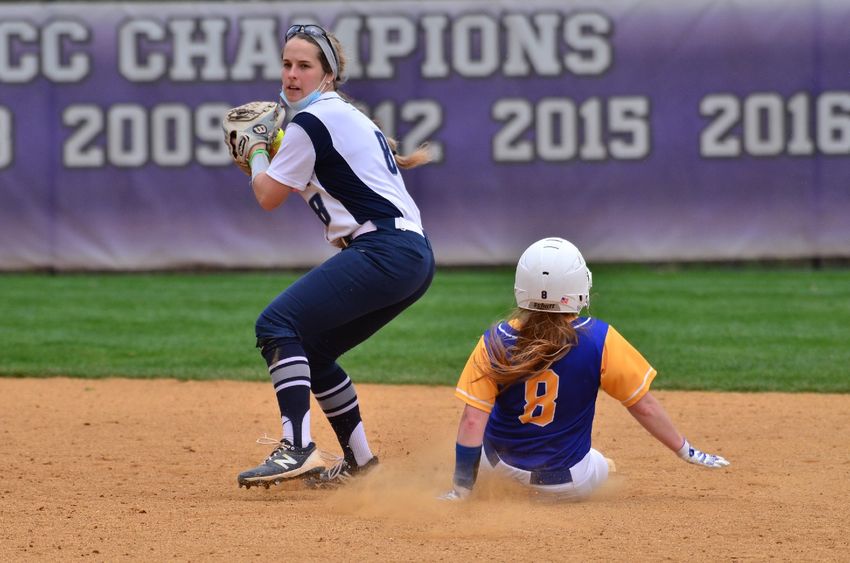 The Behrend softball team swept Alfred State on April 20, winning 9-1 and 14-1. Cami McNany, a sophomore from Elmenton, batted 3-for-3 in the opener, earning a season-high six RBIs. In the second game, she was 3-for-4, with five RBIs.

Tanner Cicchini, a senior from Pittsburgh, batted 3-for-4 against Pitt-Bradford, earning two triples. Jacob Lindow, a junior from Bridgeville, pitched six innings in the opener, striking out seven batters.

The Lions loaded the bases in the bottom of the seventh in the nightcap against La Roche. Ashleigh Schmidt, a junior from Sarver, walked, bringing in the winning run.

Amory Coleman-Reeves, a sophomore from Erie, set a facility record in the long jump at a tri-meet with Gannon University and Mercyhurst University. He jumped 6.97 meters, qualifying for the All-Atlantic meet. He also won the 100-meter race, finishing in 11.10.

Madison Kappeler, a freshman from Cecil, won the pole vault event at a tri-meet with Gannon University and Mercyhurst University, clearing a height of 3.05 meters – her best performance of the season.

The Lions won their 10th Allegheny Mountain Collegiate Conference championship at the Upper Course at Peek’n Peak. Ryan Meyer, a sophomore from Sewickley, was the individual champion, with scores of 75 and 74. Alex Pol, a junior from Erie, placed third, with scores of 81 and 77.

Barbie Cessar, a junior from Slipper Rock, won the 200 breaststroke, finishing in 2:32.37. Julia Sank, a freshman from North East, won the one-meter diving event with a score of 120.80.

The Lions lost in the semifinals of the AMCC tournament. Michael Brudy, a junior from Gibsonia, and Belden Tuttle, a senior from Fairview, won at No. 2 doubles, finishing 8-0. Each also won a singles match.

The Lions secured the No. 2 seed for the AMCC women’s tournament, which begins April 24. Erica Jasinski, a sophomore from Fairview, won at No. 1 singles. She teamed with Audra Carnes, a freshman from Fairview, to win again at No. 2 doubles.