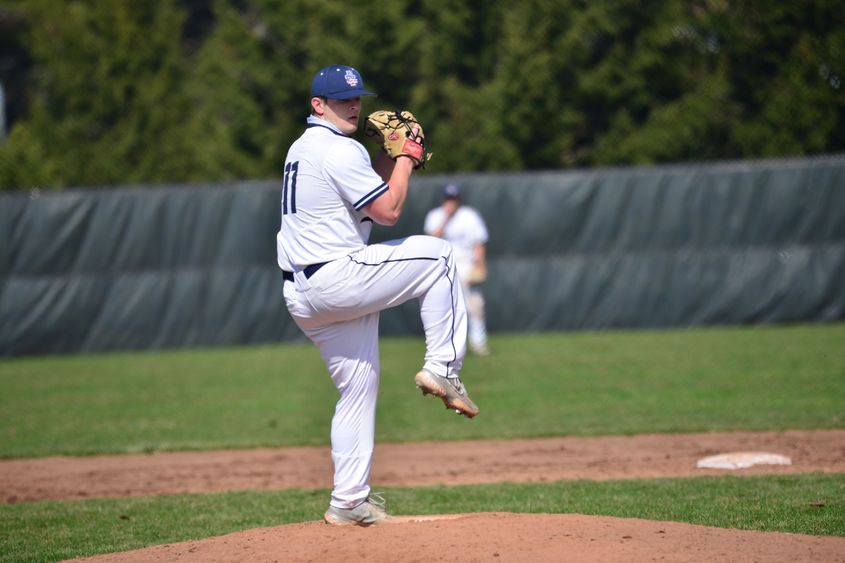 Penn State Behrend's Thomas Zbezinski was named the AMCC pitcher of the week after throwing a no-hitter against Pitt-Bradford on May 8.

Penn State Behrend pitcher Thomas Zbezinski, a junior from Gibsonia, threw his first collegiate no-hitter — the first at Behrend since 2013 — in the opener against Pitt-Bradford on May 8. He struck out nine batters.

The Lions advanced to the AMCC semifinals with a May 10 win over Pitt-Bradford. The team recorded a season-best 23 runs on 24 hits. Braden Paulinellie, a senior from DuBois, earned his 100th career hit; he batted 4-for-5, with six runs, three RBIs and two walks.

The Lions advanced to the semifinal round of the AMCC tournament with a sweep of Alfred State. Mackenzie McIntire, a senior from Stoneboro, batted 6-for-6 on the day, with two doubles, three singles and three RBIs.