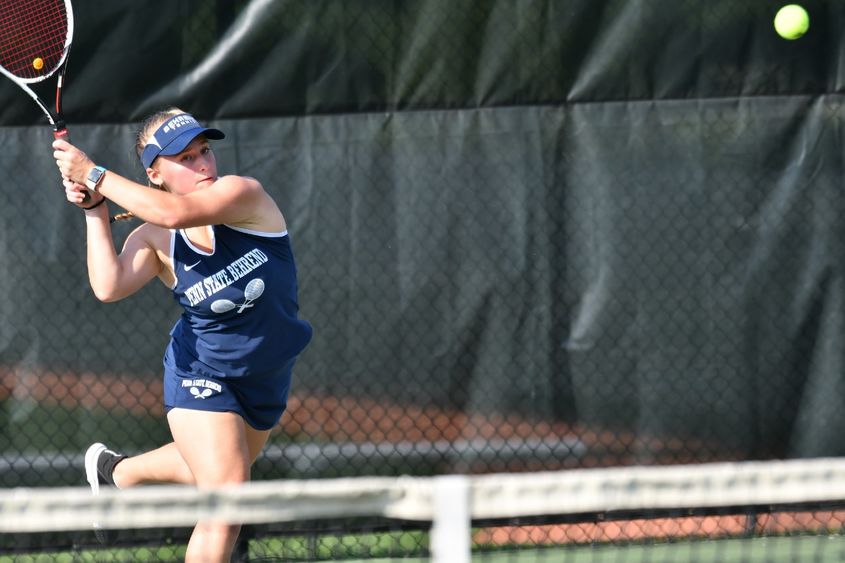 The Penn State Behrend women's tennis team is 4-0 when playing on the road this year.

ERIE, Pa. — The Penn State Behrend women’s tennis team is 4-0 when playing on the road this year. The team will close out the 2021 season with three home matches, beginning Wednesday, Oct. 6, against Westminster.

Scores and highlights from the past week:

Tyler Vandemerwe, a junior from Erie, scored the game-winner against John Carroll with a low shot to the left corner of the goal at the 86:16 mark. Sam York, a junior from Akron, Ohio, made a season-high 11 saves.

The Lions recorded a season-best .397 attack percentage against Hilbert. Ten players had one or more kills in the match.

32nd (of 42 teams) at the Live in Lou Classic in Louisville, Kentucky

29th (of 37 teams) at the Live in Lou Classic in Louisville, Kentucky

First (of seven teams) at the James Bowen Invitational

Ryan Johnson, a junior from Centre Hall, won the individual title with a season-best 72 at the Lawrence Park Golf Course. Phil Pedano, a freshman from Erie, won a tiebreaker to finish second.

Marissa Bowles, a senior from Springfield, New Jersey, and Jada Donatien, a senior from Brooklyn, New York, won at No. 2 doubles against Altoona with a score of 8-0. Each also won a singles match.