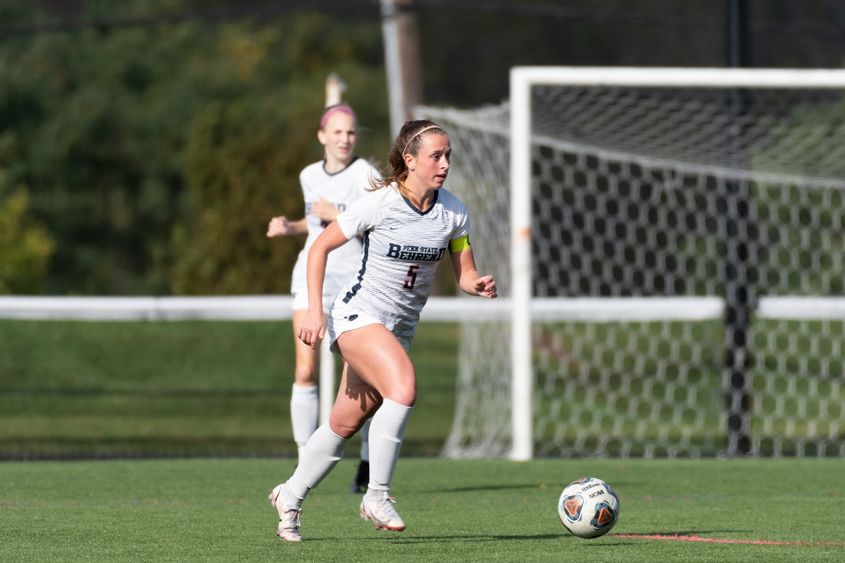 ERIE, Pa. — The Penn State Behrend women’s soccer team clinched the Allegheny Mountain Collegiate Conference regular-season title with a 4-0 win over Hilbert. The team, which is 16-1, will earn a bye in the first round of the AMCC playoffs.

Other highlights from last week:

The Lions scored on their first two shots against Hilbert. Matthew Romesberg Jr., a senior from Holsopple, scored in the fourth minute. Cameron Eckberg, a senior from Westmoreland City, scored a minute later.

Payton Porter, a senior from State College, scored at 8:08 against Hilbert, connecting on a pass from Ava Michael. She also had an assist.

Brooke Joncas, a junior from Corry, had a .647 attack percentage against Alfred State, with 11 kills on 17 attacks. She also served a match-high five aces. Dani Kosslow, a senior from Pittsburgh, had 38 assists and five aces against Hiram. She is now ranked fourth all-time for assists.

Second (of eight teams) at the AMCC championship

Alex Pol, a senior from Erie, shot a team-low 79 on the second day of the tournament. He placed second in a field of 39 golfers.

Reegan Malis, a freshman from Butler, recorded a total pinfall of 783 on the first day of the Mercyhurst Invitational. She averaged 156.6 pins per game.