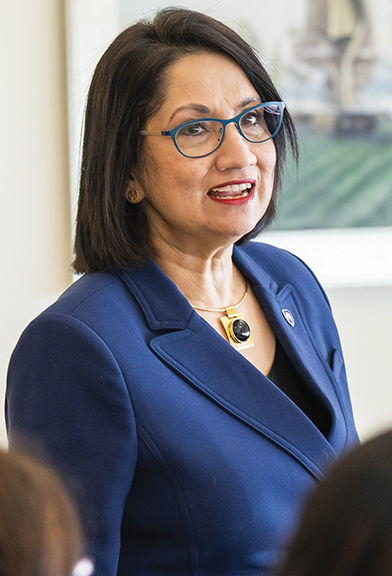 In March, Dr. Neeli Bendapudi, then president-elect of Penn State, visited Behrend as part of a listening and learning tour of Penn State campuses across the Commonwealth. During her visit, she met with students, faculty, staff, and members of the college’s Council of Fellows board of directors. Bendapudi began her tenure as Penn State’s 19th president in early May, replacing Dr. Eric Barron, who retired. With a nearly 30-year career in academia, Bendapudi previously served as president of the University of Louisville.

The latest “Best Colleges” rankings by U.S. News & World Report place Penn State Behrend’s undergraduate engineering programs among the top 40 in the nation for institutions that do not offer a doctorate.

The Behrend programs were tied for 39th on the list, which was released in September. The Black School of Business also appears in the new listings as a “Best College” for undergraduate business programs.

“The best engineering ranking is a testament to the continued commitment of our faculty and staff to prepare our students to be leaders in the engineering discipline,” said Dr. Tim Kurzweg, director of the School of Engineering. “This past year required us to adapt our pedagogical approach to the changing environment, and this ranking is one indicator that we were successful.” 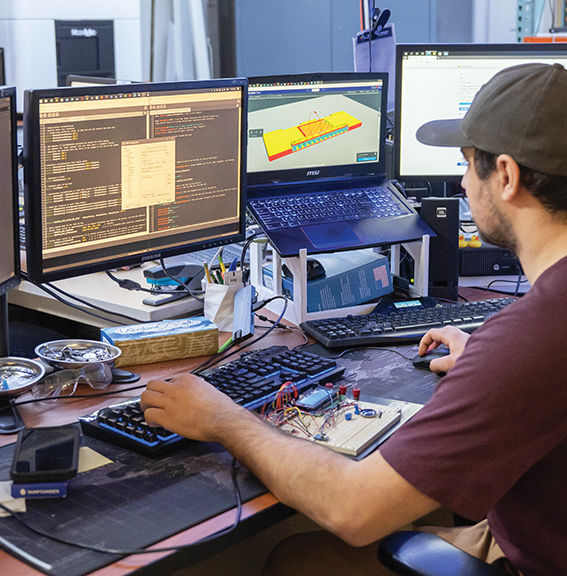 Innovation Commons gets $2.13 million and a new name

Since it opened in 2016, Innovation Commons has supported more than 240 projects for local entrepreneurs, startups, and community groups. That work has led to fourteen new companies and twelve patent applications.

The endowment was created through an array of private and corporate gifts with a combined value of more than $1.06 million. Those gifts have been matched one-to-one by Penn State’s LaunchBox Matching Program, bringing the total endowment to $2.13 million.

In recognition of the largest of the gifts, made by a private donor, the lab has been named the James R. Meehl Innovation Commons powered by Penn State Behrend. The Meehl family has had a strong association with Behrend faculty, programs, and athletics that began when James Meehl’s grandson, Aaron Meehl, a 2012 graduate, first enrolled as a student more than a decade ago.

A $3 million gift from Erie Businessman Samuel P. “Pat” Black III and his daughter, Sumi James-Black, will amplify the role of Penn State Behrend’s Knowledge Park as an engine for economic growth in northwestern Pennsylvania.

A one-to-one University match doubled the gift, generating a $6 million investment in Knowledge Park. The match was provided through Penn State’s Economic Development Matching Program, which leverages University funds for initiatives that will drive job and business creation in Pennsylvania.

At the announcement of the gift in September, Knowledge Center, a facility utilized by all tenant companies in the park, was renamed the Samuel P. Black III and Sumi James-Black Knowledge Center.

“The Black family’s quiet but consistent support of fledgling businesses and forward-thinking entrepreneurs is an investment in the future of Erie,” Chancellor Ralph Ford said. “We are fortunate that their vision aligns with the mission of Knowledge Park, the region’s premier research environment and a fundamental component of our Open Lab model of innovation.”

The Open Lab approach matches students and faculty experts with partners in business, industry, and community organizations, who work together in teams to advance technologies and refine products and services. Much of that collaboration occurs in Knowledge Park, where twenty-two companies employ more than 600 people.

For tenant companies, a key decision in locating to Knowledge Park is gaining access to Behrend student talent, faculty expertise, and facilities. 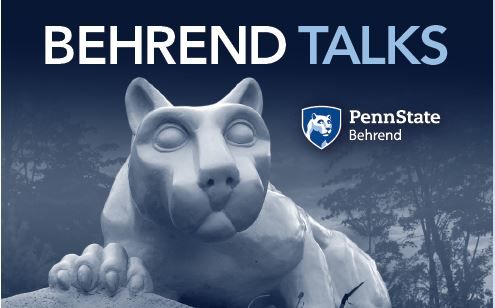 Behrend Talks is a podcast featuring a variety of guests talking about topics key to the growth and success of the Erie region and beyond.

Tune in to chancellor-hosted podcast

Behrend Talks is a podcast featuring a variety of guests talking about topics key to the growth and success of the Erie region and beyond. The talks are hosted by Chancellor Ralph Ford and cover everything from the impact of COVID-19 on supply chains to plastics engineering to politics with former Pennsylvania Governor Tom Ridge. Find past episodes on BuzzSprout or subscribe to Behrend Talks on Spotify, Stitcher, Apple Podcasts, Amazon Music, or Google Podcasts.

The steel frame for the new Erie Hall, a $28.2 million fitness and recreation center, was completed this spring when the final beam—a 32-foot, 1,200-pound length of steel bearing the signatures of students, faculty, staff, and alumni—was set into place. Nearly 40 percent of the funding for the project came from Behrend students, who committed more than $10 million from the Student Facilities Fee. The new Erie Hall is expected to open in the winter of 2023. A camera near the worksite is providing real-time images and time-lapse videos of the project, which can be viewed on the Erie Hall project website. 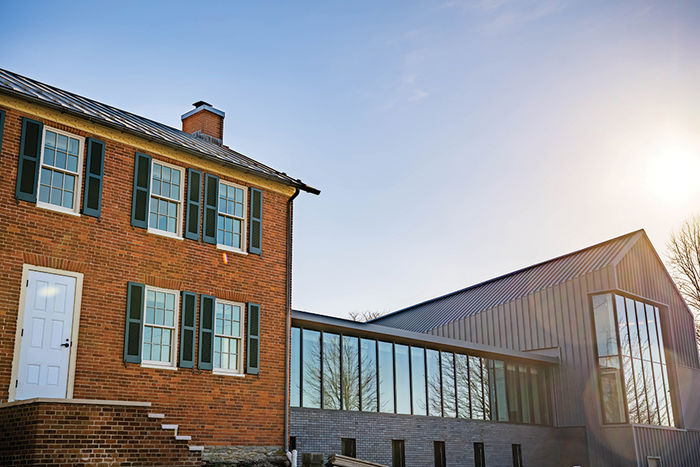 The new home of the Susan Hirt Hagen Center for Community Outreach, Research and Evaluation (CORE) has been completed. The complex incorporates the renovated Federal House, which is believed to be the oldest brick structure in Harborcreek Township, as well as a modern addition that created 11,000 square feet of new meeting, training, event, and office space. The renovation and expansion was funded by private support and by the University. Susan Hirt Hagen CORE provides school-focused and community programs for area youth as well as research and evaluation services to youth development organizations, social service agencies, and other groups in northwestern Pennsylvania.

After a pandemic-forced hiatus, Penn State Behrend’s STEAM Fair, the largest of the college’s many K-12 outreach programs, returned to Junker Center in March. Nearly 1,300 youth, their families, and others attended the K-12 focused science-and-tech open house to visit exhibits and engage in hands-on activities designed to promote STEAM learning. “We try to make it fun, entertaining, and engaging,” Melanie Ford, director of Youth Education Outreach and the Engineering K-12 Outreach Center, said of the STEAM Fair. “When families are here and having fun, the educational component slips right in behind that.” Ford was eager to return to an in-person format. The best way to ignite a child’s interest in science, technology, and mathematics, she said, is through hands-on educational play: LEGO robots, dry-ice bubbles, greenscreen animations, 3D doodles, and more. 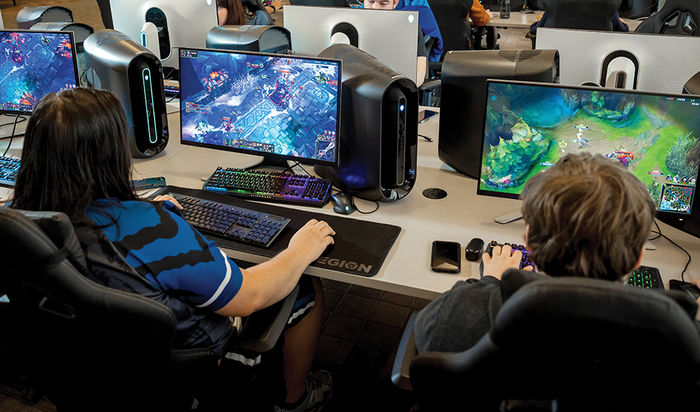 Competitive gaming has arrived at Behrend, and the new esports program had a strong showing in its first season.

Students in the program, which launched as a club sport in the fall, compete against gamers from more than 125 other colleges and universities in the Eastern College Athletic Conference esports league.

The teams play in a renovated space in Perry Hall that has been outfitted with twenty-eight high-end gaming workstations, gaming-centric furnishings, and a broadcast room for the streaming of matches.

In the fall of 2021, five of the teams made the ECAC playoffs, highlighted by the varsity League of Legends team winning its division with an undefeated record

Area runners, runners-to-be, and walkers are invited to participate in the inaugural 5K Run/Walk for Women at Penn State Behrend Sunday, August 28.

Presented by the Penn State Behrend Women’s Engagement Council, the run is designed to give female runners what organizers describe as “the opportunity to be front runners and cross the finish line first.” Participation in the run is open to all, regardless of sex, gender, age, or ability. Proceeds from the race will benefit the Women’s Health Initiative at Penn State Behrend and research work being done by faculty members and students on women’s health issues. Need more incentive? How about free Berkey Creamery ice cream at the finish line?

For more information and a link to register, visit the race website. To learn more about the Women’s Engagement Council, visit the WEC website.

Professor Estremera is on the run

Ricardo Estremera, assistant teaching professor of Spanish, won the Erie Runners Club’s 2021 Turkey Trot 10K and 5K with blazing fast times of 31:49 and 15:35, respectively. Estremera came in first in both events, which were held Thanksgiving morning at Presque Isle State Park. Estremera, who is a member of Puerto Rico’s National Track and Field Team, can often be seen running around campus—if you look fast enough! The San Juan native missed the chance to represent his homeland in the 2021 Summer Olympics by mere seconds, finishing just short of the qualifying standard in the men’s 3000-meter steeplechase, a grueling event featuring twenty-eight barriers and seven water jumps

Family-owned businesses are the backbone of the U.S. economy, including the Erie regional economy, and for all of the strengths these businesses have in common, they also share many challenges unique to them.

Helping such companies meet common challenges is the idea behind Penn State Behrend’s Center for Family Business, an outreach effort of Behrend’s Black School of Business. Launched in 2021, the center is a member-driven organization designed to help companies navigate issues familiar to family-run and privately held businesses, from financing to family dynamics to succession planning.

The Center for Family Business hosts forums led by experts on a variety of topics and coordinates peer-group roundtable meetings where business owners can discuss common issues and concerns. The center recently hired its first director, Mary Beth Wilcher, a wealth-management strategist and former credit union CEO. Wilcher brings more than twenty-five years of experience in finance and marketing to the role.

The annual membership fee for center programs and support is $500. To learn more, or to join, visit the Center for Family Business website. 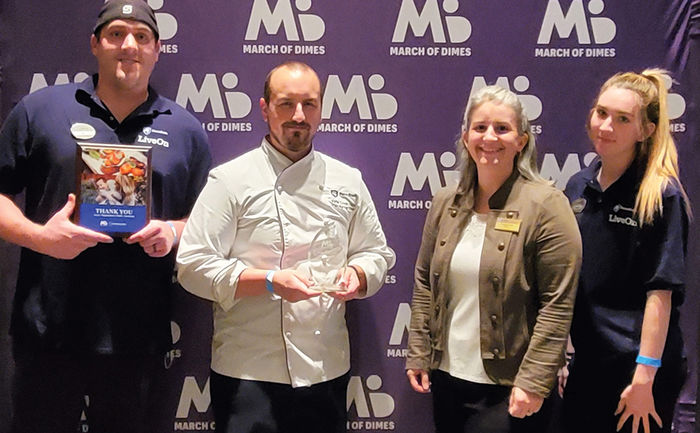 Carolyn Lane, wife of former longtime Behrend English and German professor Benjamin “Ben” Lane, died September 11, 2021. In the formative years of the college, Lane, together with other faculty women and wives, worked to provide social opportunities for faculty, staff, and students. She was viewed as a “mother” and friend to many at the college; after her husband’s passing in 2011, Lane continued to live in the little yellow house on Jordan Road, just below Burke Center, until she was well into her 90s.

William C. Witkowski was the owner and former CEO of Port Erie Plastics, Inc., one of the Erie region’s foremost plastics companies. In the mid-1980s, Witkowski was among a number of local industry leaders who played an active role in the development of the college’s Plastics Engineering Technology program. He was a member of the Penn State Behrend Council of Fellows and was named a Penn State Alumni Fellow, representing Behrend, in 2005. The Witkowski Building in the Science Complex is named in recognition of his commitment to the college. Through the years, he and his wife, Jean, supported a number of Behrend programs and scholarships. Witkowski died December 7, 2021.

Dr. Donald “Don” Mckinstry, associate professor emeritus of biology, died January 30, 2022. McKinstry taught organismal biology and microbiology courses at Behrend from 1970 until 2004. His research focused on reptiles and amphibians, but he also published papers on an eclectic mix of scientific topics. Among McKinstry’s other projects, he inventoried reptiles and amphibians on Presque Isle and in French Creek. Dr. Pam Silver, a former colleague in the biology program and now associate dean for academic affairs, described him as “a kind and wise mentor to many biology students.”