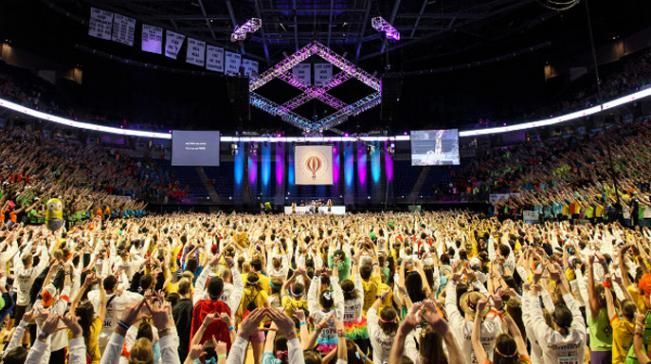 The Four Diamonds Fund helps families of children with cancer pay for support services that insurance companies do not cover. The dance marathon, known as THON, has raised more than $127 million for the fund since 1977. It is now the largest student-run philanthropy in the world.

More than 80 percent of the money raised for THON comes from individual contributions. Much of that is collected during three “canning” weekends held across the state each year. Penn State students collect donations from passing motorists on Peach Street, Peninsula Drive, Buffalo Road and elsewhere.

Students at Penn State’s commonwealth campuses, including Penn State Behrend, contribute to that effort each year. The campuses raised more than $587,000 for this year’s THON, which was held at the Bryce Jordan Center on the University Park campus.

Students also form support teams to encourage THON dancers, who are not allowed to sit or sleep during the 46-hour dance.