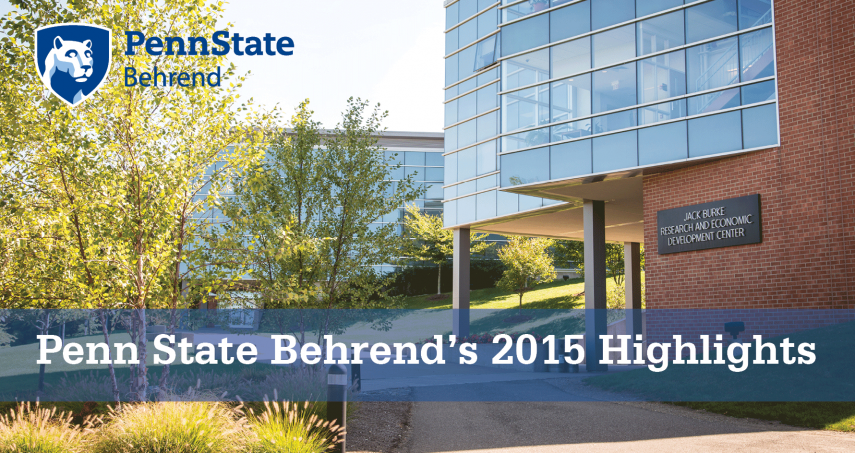 2015 was a special year for Penn State Behrend. Most notably, we welcomed more than 1,200 first-year students, we launched new academic programs, and construction began on the Advanced Manufacturing and Innovation Center.

We also had a couple significant guests this year as television and music stars Kunal Nayyar and Lee Brice were among those who visited campus.

Join us as we look back on just some of the many highlights from 2015.