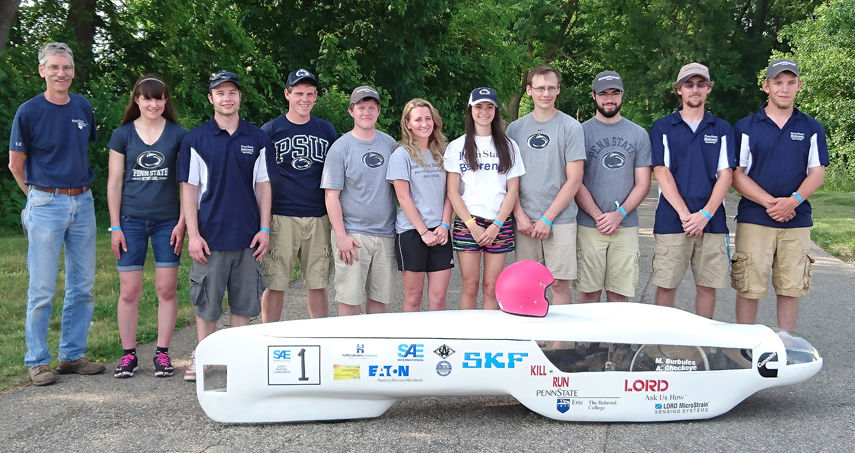 Penn State Behrend’s Supermileage (SAE) team exceeded their goal by 500 miles per gallon (m.p.g.) at this summer’s Supermileage Challenge and took second place overall! The competition, which challenges teams to create cars that squeeze the most mileage out of a single tank of high-octane gasoline, was held in June at Eaton Corporation’s Marshall Proving Grounds track in Michigan. Behrend’s car exceeded 2,500 m.p.g. during more than one of seven successful runs at the competition.

“As a team, we would blow the horn pretty proudly over the 2,500 m.p.g.,” said Rich Englund, associate professor of engineering and faculty advisor to Behrend SAE team. “We’d rather come in second with 2,500 m.p.g. than first with 1,500 m.p.g.”