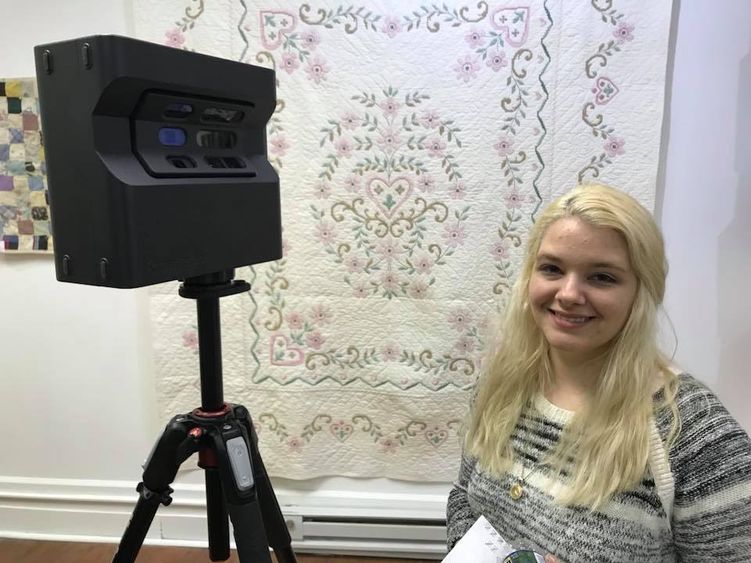 “The Many Threads of Quilting,” a quilt exhibition that opened April 28 at the Erie Art Gallery, served as the senior capstone project for Victoria Alcorn, who graduated this month from Penn State Behrend with a degree in arts administration. For the project, Alcorn curated the exhibition with the work of regional quilters.

Her mother is a quilter, her aunt has made more than 50 quilts and her family has been represented within the North East Crazy Quilters guild for decades.

But it was not until two years ago that Alcorn really began to appreciate quilting’s role in her life.

“My grandmother passed away, and that really helped get me back in touch with quilting,” Alcorn said. “It’s a useful thing. It’s decorative, but it’s very practical, too. And it brings people together.”

Alcorn describes quilting as a lost art form, but the North East native is doing her part to change that.

“The Many Threads of Quilting,” a quilt exhibition that opened April 28 at the Erie Art Gallery, served as the senior capstone project for Alcorn, who graduated this month from Penn State Behrend with a degree in arts administration.

For the project, Alcorn curated the exhibition with the work of regional quilters. She reached out to family friends and to contacts at the guild.

The end result was a large-scale quilting exhibition, featuring several dozen quilts. The show was so well received at its opening reception that the Erie Art Gallery decided to keep it on display for an additional week.

“I really wanted to showcase the process and highlight both the decorative and practical and even historical aspects of quilting,” Alcorn said. “This is one of my passions, and it came together fast, but I feel as if we reached a lot of people who might not have previously known much about quilting.”

The senior capstone project is a requirement of Penn State Behrend’s arts administration major, which launched in 2012 and is the only one of its kind in the Penn State system and one of very few such undergraduate programs in the country. Community engagement is a core component of the program; in addition to the capstone requirement, students complete an internship with an off-campus arts organization.

“Victoria’s project exemplifies the arts administration program’s capstone experience,” said Matt Levy, assistant professor of art history at Penn State Behrend. “She expertly handled all aspects of creating an exhibition, from budgeting, to marketing, to installation. Her beautiful and thought-provoking show demonstrates how our students are actively contributing to the cultural life of the City of Erie."

For Alcorn’s project, curating the exhibition was just the first step. She also worked diligently to promote the event, creating a website and a strong social media presence. A physical flyer was also distributed to local arts organizations and on campus.

She also applied 21st-century technology to the historical art form as she worked with ErieMultimedia to create a digital, 3-D rendering of the exhibition.

The positive reception to the “The Many Threads of Quilting” has Alcorn energized about the future. She is currently completing her internship at the Erie Art Museum, and she hopes to continue to play a role in Erie’s arts and cultural revival.

“I’m hoping to stick around here in Erie because the art scene is really up-and-coming,” Alcorn said. “They’re really starting to kick-start a cultural and artistic movement here, and I want to be part of that.”

The 3-D rendering of the exhibition can be viewed here. 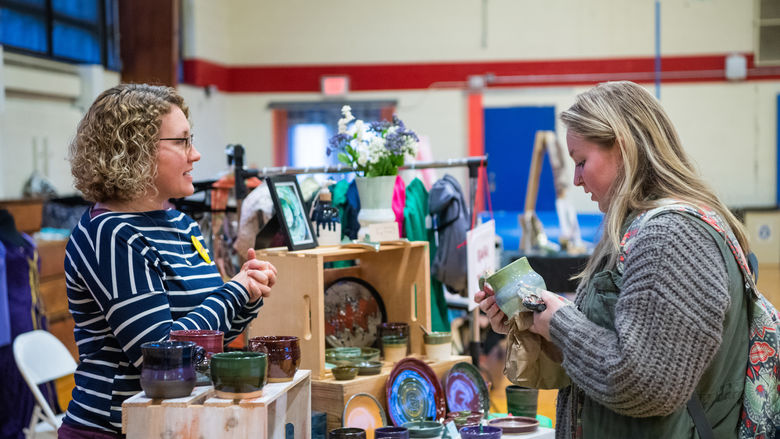