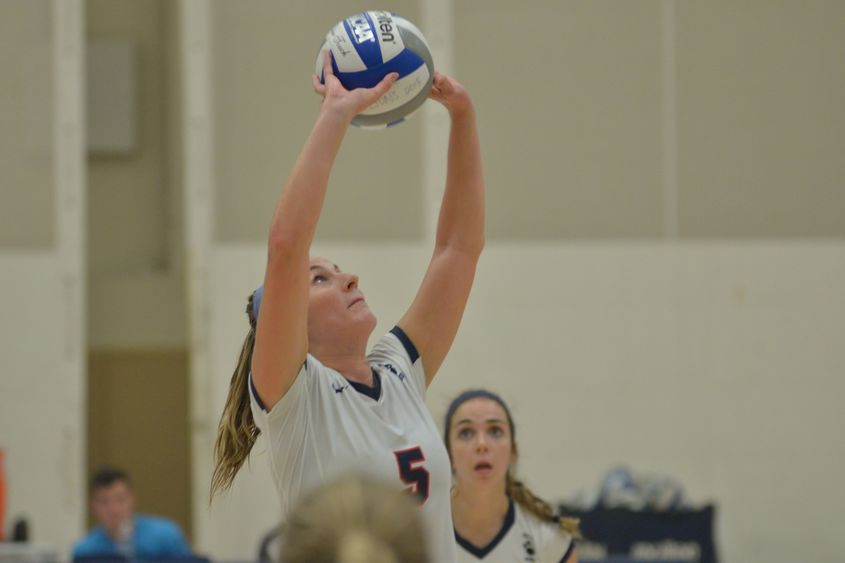 Lexi Irwin, a senior from Greensburg, was named the AMCC player of the week after recording 11 kills and 34 assists against Franciscan.

ERIE, Pa. — The women’s volleyball team at Penn State Erie, The Behrend College, is 2-0 in the Allegheny Mountain Collegiate Conference after straight-set wins against Franciscan and Penn State Altoona. Setter Lexi Irwin, a senior from Greensburg, was named AMCC Player of the Week.

The college's soccer, golf, cross-country, tennis and water polo teams also were in action last week. Here are the highlights:

Ryan Maurer, a senior from Cranberry Township, scored two goals against La Roche. His second came on a penalty kick.

Second (of four teams) at the Franciscan Invitational

Second (of four teams) at the Franciscan Invitational

Hanna Drozynski, a freshman from Stoneboro, led the Lions with a third-place finish. She completed the 6K race in 25:51.48.

Fifth (of 16 teams) at the Mercyhurst Invitational

Fourth (of 10 teams) at the La Roche Invitational

Dan Thomas, a sophomore from Moon Township, tied for third overall at the La Roche Invitational. He shot a team-low 77.

Dani Kosslow, a freshman from Pittsburgh, recorded a season-best 14 kills and 13 digs against Grove City.