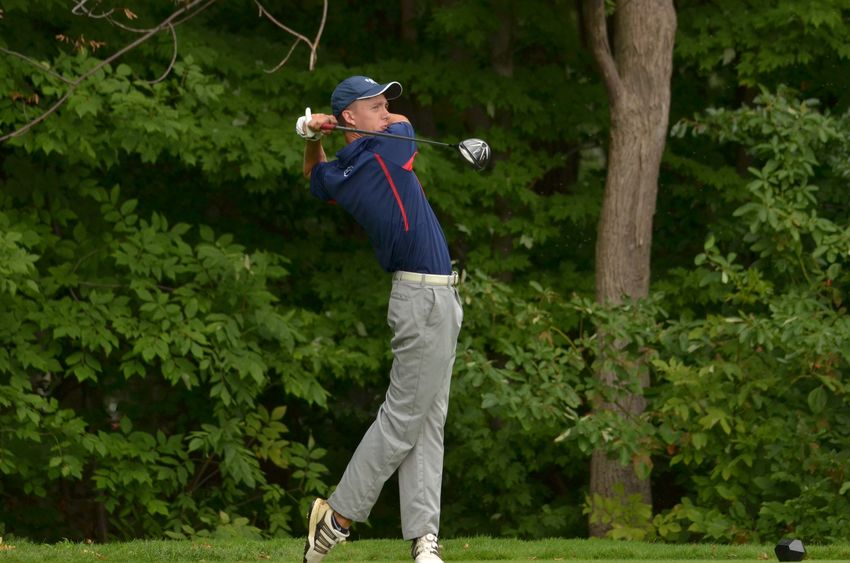 Mark Peters, a junior from Mercer, shot a team-low 74 at the James M. Bowen Invitational on Oct. 1. He tied for second in a field of 54 golfers.

The college’s soccer, tennis, volleyball, cross-country and water polo teams also were in action last week. Here are the highlights:

The Lions outshot Pitt-Greensburg, 22-3. Dakota Lange, a senior from Apollo, scored first, hitting the net in the seventh minute.

Brenna McGuire, a freshman from McDonald, scored off a rebound in the 18th minute. She scored again in the second period.

Chris Drozynski, a junior from Stoneboro, led the Lions with a 35th-place finish. He completed the 8K race in 26:58.4.

Riley Crissman, a junior from Bradford, led the Lions with an 11th-place finish. She completed the 6K race in 23:13.1.

Third (of 10 teams) at the James A. Bowen Invitational at the Lawrence Park Golf Club.

Second (of 11 teams) at the Oswego Invitational

The Lions trimmed 16 strokes off their first-day team score to place second as Oswego. Noah Kunst, a senior from Kittanning, tied for second overall.

Outside hitter Kristin Reiland, a freshman from Fairview, had a match-high 11 kills. Setter Lexi Irwin, a senior from Greensburg, added 24 assists.