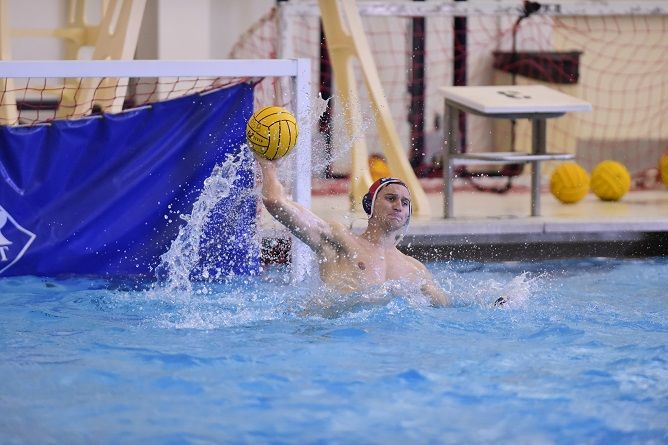 Sophomore Matt Olimski scored the go-ahead goal against Washington and Jefferson with just two seconds remaining in the game.

The college’s soccer, cross-country, volleyball, swimming, tennis and bowling teams also were in action last week. Here are the highlights:

Brenna McGuire, a freshman from McDonald, scored twice against Altoona. She has a team-high 14 goals for the season.

Seventeenth (of 27 teams) at the Oberlin College Invitational

Sixteenth (of 26 teams) at the Oberlin College Invitational

Riley Crissman, a junior from Bradford, led the Lions with a 6K time of 22:29.2. She finished eighth in a field of 313 runners.

Kristin Reiland, a freshman from Fairview, had 11 kills on 13 attempts against D’Youville. She also scored three aces.

Third (of four teams) at the Grove City Fall Classic

Chase Bietz, a freshman from Clearfield, won the 50 freestyle, the 200 breaststroke and the 200 individual medley.

Brianna Lundy, a junior from North Huntington, averaged 179.6 points on the second day of the tournament. In the fourth match, against Caldwell, she scored a 247.