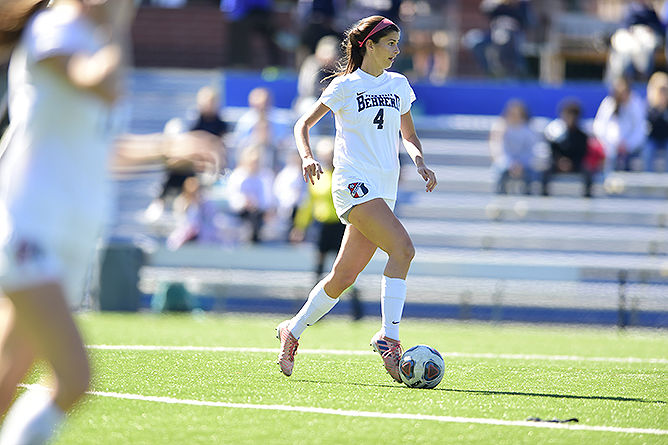 The women's soccer team at Penn State Erie, The Behrend College, clinched the regular-season AMCC title with a 1-0 win over Mt. Aloysius.

The college's volleyball, swimming, and water polo teams also were in action last week. Here are the highlights:

The Lions blanked Mt. Aloysius in the AMCC Game of the Week. Michael DiCola, a sophomore from Beaver, scored in the seventh minute.

Ashlyn Whipple, a junior from Canonsburg, scored with 3:31 remaining in the game to carry the Lions past Mt. Aloysius. She also scored against Hilbert.

Kristin Reiland, a freshman from Fairview, had a team-best 15 kills against Mt. Aloysius, which had been undefeated in AMCC play. Setter Lexi Irwin, a senior from Greensburg, had 39 assists.