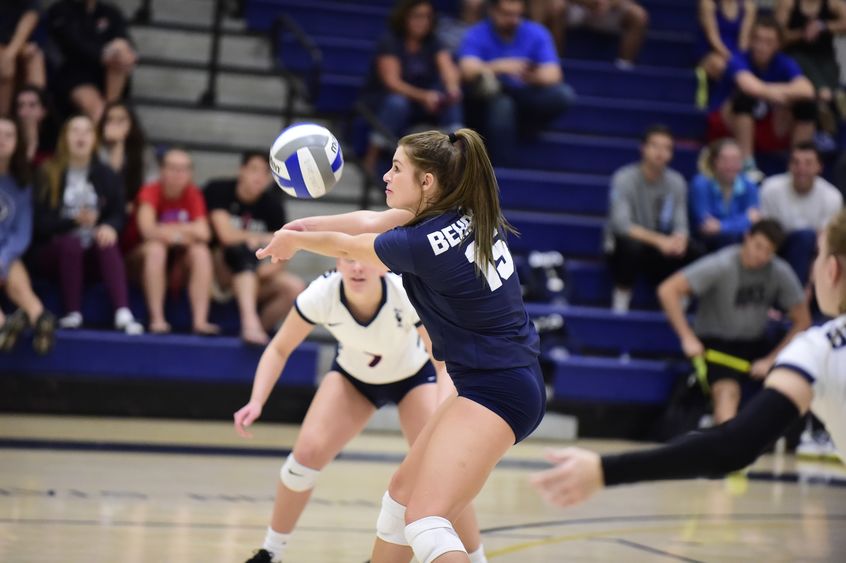 The Penn State Behrend women's volleyball team lost to McDaniel in the quarterfinals of the Eastern College Athletic Conference championships.

ERIE, Pa. — The Penn State Behrend women’s volleyball team lost to McDaniel in the quarterfinals of the Eastern College Athletic Conference championships. The team swept Wilkes in the tournament’s first round.

The college’s soccer, cross-country, wrestling, bowling, and swimming and diving teams also were in action last week. Here are the highlights:

Dakota Lange, a senior from Apollo, scored on a bicycle kick in the 102nd minute to carry the Lions past John Carroll in the second round of the NCAA Division III tournament. The Lions will face Calvin College in the “Sweet Sixteen” round on Nov. 16.

Two early goals knocked the Lions out of the NCAA Division III tournament. The team finished its season with a 13-7 record.

Setter Lexi Irwin, a senior from Greensburg, and libero Madison Clapper, a freshman from Fairview, combined for eight kills on 10 attempts in the first set against Wilkes.

Twenty-third (of 52 teams) at the NCAA Mideast Regionals

Twenty-third (of 47 teams) at the NCAA Mideast Regionals

Eleventh (of 14 teams) at the Washington & Jefferson Invitational

The Lions dominated the freestyle events: Marcella Puglia, a freshman from Beaver Falls, won the 1,000-meter race. Jessica Wyckoff, a senior from Elma, New York, won the 200, and Remy De Guzman, a sophomore from San Juan, Puerto Rico, won the 50.

Brianna Lundy, a junior from North Huntingdon, was the top scorer in the first two matches. She scored four consecutive strikes in the first game and stacked five in the second.