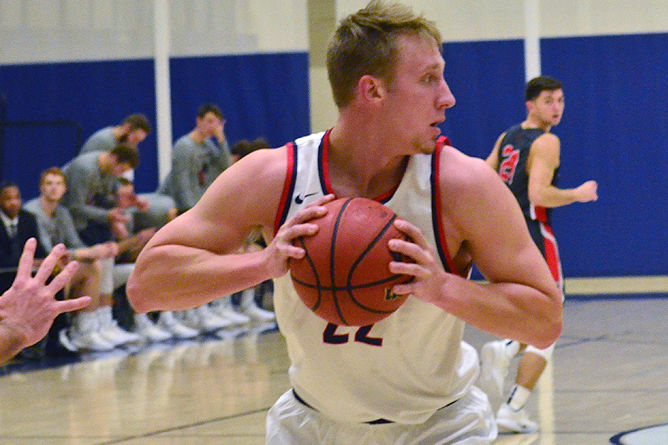 ERIE, Pa. — Penn State Behrend basketball player Justin Gorny scored his 1,000th career point in a win over Penn State Altoona. Gorny, a senior from South Park, is the second member of the team to reach that mark this season, and the 20th in program history.

The college’s wrestling, bowling and swimming and diving teams also were in action last week. Here are the highlights:

Five Behrend players scored double-digit points against Penn State Altoona. Against Hilbert, the team made 60 percent of its shots from beyond the 3-point line.

Behrend trailed Penn State Altoona in the fourth quarter but built a 9-0 run to win the game. Kara Haslett, a freshman from Baden, led the team with 17 points.

First (of five teams) at the Fredonia Blue Devil Invite

Second (of five teams) at the Fredonia Blue Devil Invite

Allegheny College won the three-day Blue Devil event. The Lions edged Fredonia to place second. Marcella Puglia, a freshman from Beaver Falls, had the best finish on the final day of competition, placing second in the 1650-meter freestyle.

Jake Paulson, a sophomore from Erie, won his sixth-straight match with a pin in the 184-pound weight class against Brockport. It was his third pin of the season.

The Lions won a five-game match in the Baker format for their first win against Hilbert. They swept the second match, 4-0.