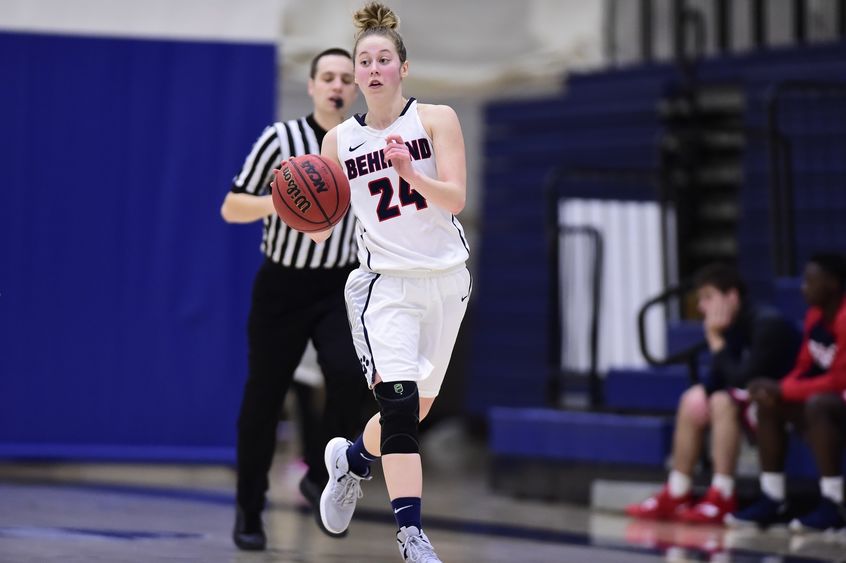 Kourtney Beamesderfer, a sophomore from Rebersburg, scored 14 points against La Roche, including 4 on free-throws in the final 13 seconds.

Penn State Behrend’s volleyball, wrestling, track and field, and swimming and diving teams also were in action last week. Here are the highlights:

Dan Wanker, a senior from Pittsburgh, scored his 1,000th career point in the win over Franciscan. He and Justin Gorny, a senior from South Park, combined for 39 of the team’s 77 points.

Caitlin Carnuche, a freshman from New Castle, recorded her first career double-double in the win over Franciscan, scoring 20 points and adding 11 rebounds.

Mark Patterson, a senior from North Huntingdon, won the 100 and 200 backstroke races at St. Vincent. He also swam a leg of the 200 freestyle relay, which the Lions won.

Marcella Puglia, a freshman from Beaver Falls, won the 200 and 500 freestyle races against Malone. She also won the 1,000 freestyle at St. Vincent.

Dillon Hildebrand, a junior from Red Lion, recorded 14 kills against Elmira. He had 12 more against St. John Fisher.

Jack Georgetson, a sophomore from Aliquippa, won the pole vault at the Mount Union Wuske invite. He set a personal record of 15-07.

Levko Higgins, a sophomore from Palmyra, won twice — first by forfeit, and then by pin. Michael Binni, a freshman from Canonsburg, won two matches by major decision.