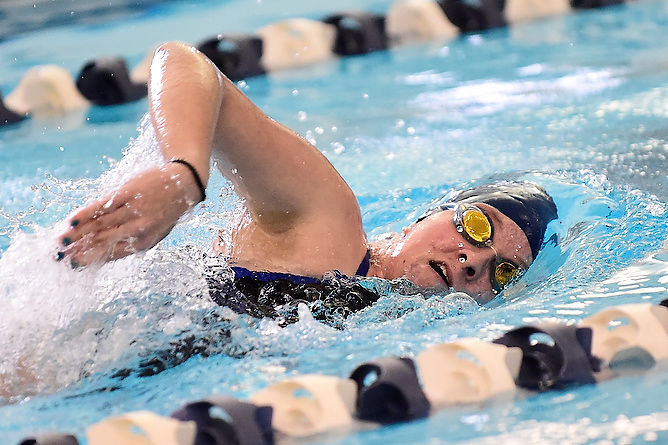 The college’s basketball, volleyball, track and field, bowling and wrestling teams also were in action last week. Here are the highlights:

The Lions scored 20 3-pointers against Medaille. Four of the team’s five starters had double-digit points.

Nicole Boyer, a senior from Blairsville, and Alanna Dibble, a freshman from Lakewood, New York, each scored 11 points against Medaille. The team will face Penn State Altoona in the first round of the Allegheny Mountain Collegiate Conference tournament.

James Connolly, a freshman from Allentown, set AMCC meet, open and team records in the 1,650 freestyle, finishing in 16:06.60. He earned an NCAA “B” cut time with that race.

Marcella Puglia, a freshman from Beaver Falls, set AMCC meet and open records in the 1,650 freestyle, finishing in 18:26.62.

Jenna Shelton, a senior from Cabot, placed second in the 800-meter run at the Edinboro Invite. She finished in 2:22.45. Haley Yenchik, a senior from Cecil, won the pole vault at the Kenyon College Classic.

Dillon Hildebrand, a junior from Red Lion, led the team with 14 kills on 25 attempts. Anthony Sprentz, a senior from Cranberry Township, had 25 assists, four digs and three kills.

Brianna Lundy, a junior from North Huntingdon, led the Lions against Daemen. She posted scores of 215 and 182 in the two traditional matches.