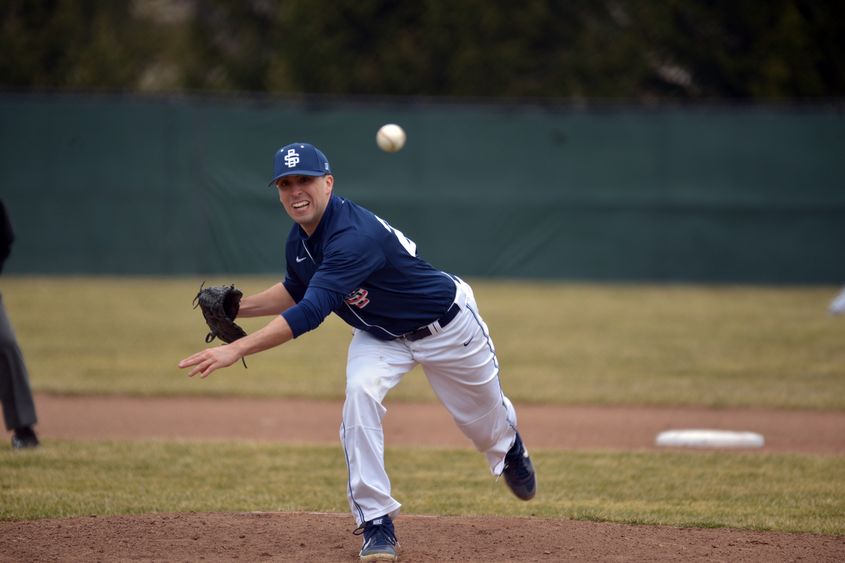 ERIE, Pa. — Penn State Behrend’s baseball team won the I-90 Cup with two wins over Fredonia. The Lions jumped to an early lead in the second game, scoring five runs in the first inning.

The college’s track and field, volleyball, golf, tennis and water polo teams also were in action last week. Here are the highlights:

Phil Myers, a senior from DuBois, pitched a complete game in the opener against Fredonia. Scott Sada, a senior from Saegertown, led the offense with a double, a triple and two runs.

Courtney Sargent, a senior from Erie, won the 3,000-meter steeplechase at the Cal U Early Bird Invite, finishing in 12:10.76. Haley Yenchik, a senior from Cecil, won the pole vault, clearing a height of 3.60 meters.

Beldon Tuttle, a sophomore from Fairview, won at No. 6 singles to tip the match against Mount Aloysius. He defeated Devon Mountain 6-1, 6-2.

Maggie Donley, a freshman from Pittsburgh, won at No. 6 singles, defeating Maddison Soth 6-2, 6-4.

Fifth (of seven teams) at the Carnegie Mellon Spring Invitational

Daniel Thomas, a sophomore from Moon Township, led the Lions with a score of 77. He placed ninth.

Lauren Wood, a senior from Vernon Hills, Illinois, scored six goals against Grove City and three against Washington & Jefferson. She now holds the school record for goals in a season, with 67.