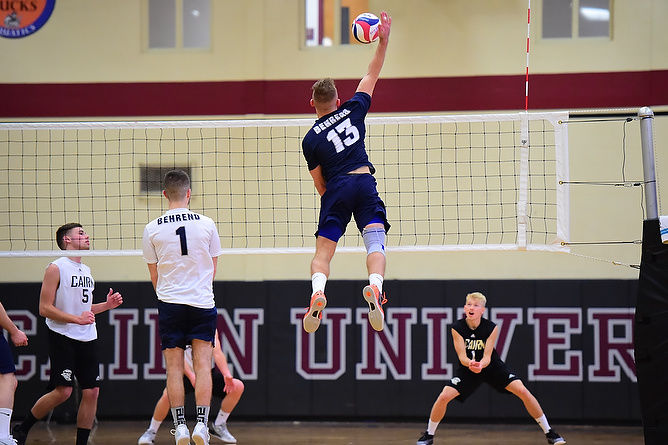 The Lions have won their last nine games. In the opener against Hilbert, the team scored a run in every inning — and three in the seventh.

Setter Anthony Sprentz, a senior from Cranberry Township, had a season-high 53 assists against Penn State Altoona. He had 51 against D’Youville.

Elijah Dangrow, a junior from Greenville, won the pole vault competition at the Carnegie Mellon Quad Meet, clearing a height of 4.52 meters. Braeden Smith, a sophomore from Erie, won the high jump with a 2.00-meter leap. Antonio Stello, a freshman from Punxsutawney, won the 100- and 200-meter races.

Mitchell May, a freshman from Harbor Creek, defeated Matthew Burke at No. 4 singles, winning 6-1, 7-5. He teamed with Brent McFarland, a senior from Austinburg, Ohio, to win at No. 2 doubles.

Lauren Wood, a senior from Vernon Hills, Illinois, led the Lions with four goals, three drawn kickouts, one steal and one assist against McKendree. She also scored four goals against Villanova.