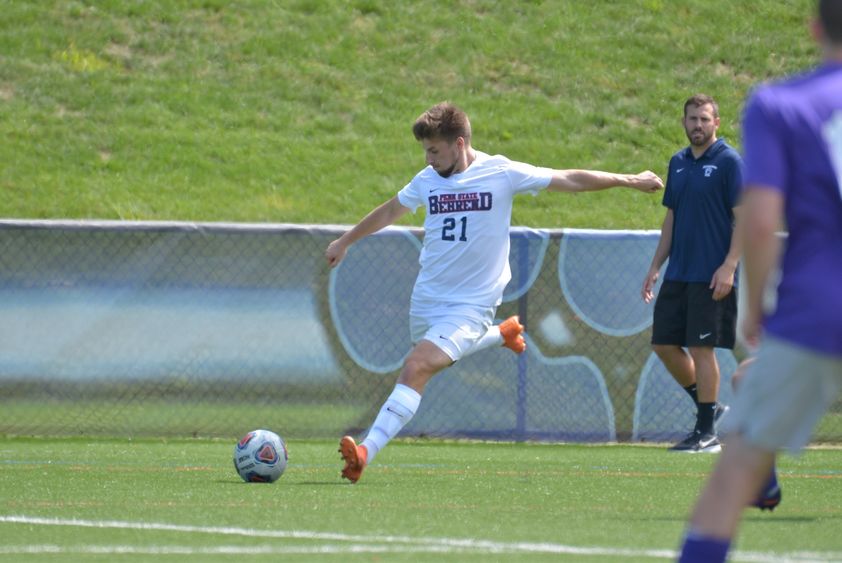 The college’s cross-country, golf and volleyball teams also were in action last week. Here are the highlights:

Jordan Floyd, a freshman from Plum, scored four goals over two games and was named MVP of the Herb Lauffer Memorial Tournament.

Brenna McGuire, a sophomore from McDonald, hit the post in the first half against Nazareth — one of seven shots by the Lions in the opening round of the Herb Lauffer Memorial Tournament.

Third (of 11 teams) at the Westminster Invite

Third (of 10 teams) at the Westminster Invite.

Second (of 15 teams) at the Pitt-Bradford Fall Invitational

Jacob Marquardt, a freshman from Harmony, tied for fourth overall, carding a team-low 75.

Middle hitter Alex Parra, a senior from Pittsburgh, hit a career-high 13 kills against SUNY Poly. Madison Clapper, a junior from Hollidaysburg, had a career-high 45 digs against Morrisville State.