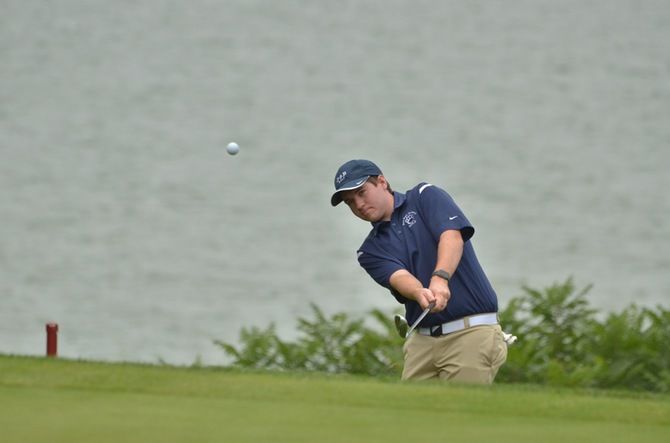 ERIE, Pa. — The Penn State Behrend men’s golf team placed fourth at the Guy and Jeanne Kuhn Invitational, hosted by Allegheny College. Mark Peters, a senior from Mercer, led the team with a two-day score of 153.

The college’s soccer, volleyball, tennis and water polo teams also were in action last week. Here are the highlights:

Goalkeeper Morgan Harding, a freshman from Pittsburgh, made eight saves against Case Western Reserve and had four against Grove City.

Fourth (of 12) teams at the Guy and Jeanne Kuhn Invitational

Garrett Schlick, a senior from Harmony, shot a team-low 74 on the second day of the Guy and Jeanne Kuhn Invitational, hosted by Allegheny College.

Madison Clapper, a junior from Hollidaysburg, had 25 digs against both Westminster and Bethany. Dani Kosslow, a sophomore from Pittsburgh, had 14 assists and a team-best five aces against Defiance.

Mitchell May, a sophomore from Erie, and Noah Colvin, a senior from Warren, won at No. 2 doubles. May also won at No. 5 singles. Colvin won at No. 4 singles, taking the match in a tiebreaker.