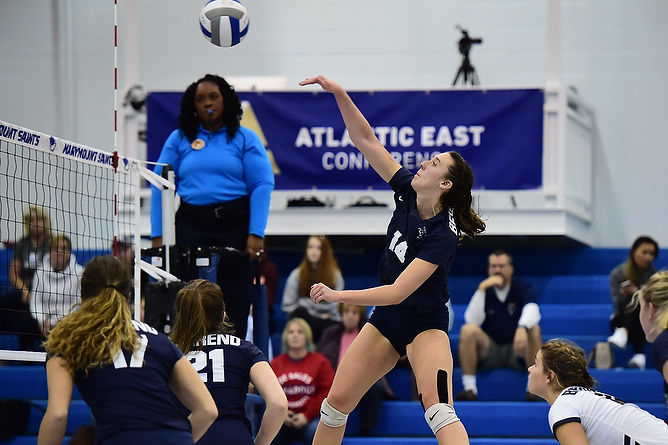 Keely Hering, a junior from North East, was credited with 17 digs and 16 kills in a five-set match against LA Roche.

The college’s soccer, cross-country, swimming and water polo teams also were in action last week. Here are the highlights:

Tyler Vandemerwe, a freshman from Erie, scored twice against La Roche. He also was credited with an assist.

The Lions have not allowed a goal in four games. Cassidy Ulanowicz, a junior from Gibsonia, and Brenna McGuire, a sophomore from McDonald, each scored against La Roche.

Placed 19th (of 29 teams) at the Oberlin Inter-Regional Rumble

Placed 22nd (of 32 teams) at the Oberlin Inter-Regional Rumble

Marcella Puglia, a sophomore from Beaver Falls, won the 1,000 freestyle, the 500 freestyle and the 200 butterfly. She also swam a leg of the winning 200 medley relay.

Keely Hering, a junior from North East, had 12 kills on 23 attempts against D’Youville. Kristin Reiland, a sophomore from Fairview, added 11 kills and 11 digs.

The Lions defeated Iona for the first time in program history. Isaak Hatopp, a senior from Saline, Michigan, scored the game-winning goal off a penalty shot with 1:48 remaining in the game.