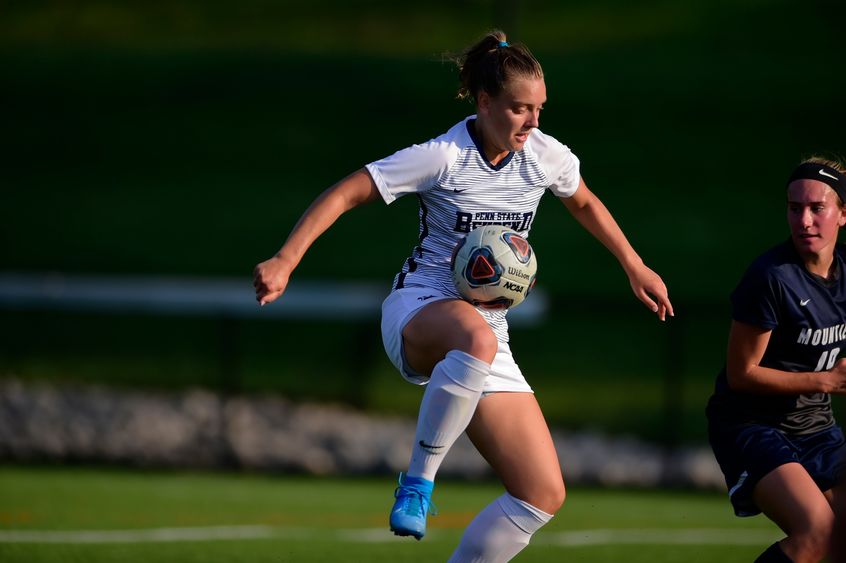 The college’s volleyball, tennis, swimming, bowling and water polo teams also were in action last week. Here are the highlights:

Aaron Harris, a senior from Washington, scored twice in the win over Pitt-Greensburg. Richard Blanchard, a junior from Erie, scored the final goal against Alfred State. He leads the team with nine goals this season.

Goalkeeper Madi Jones, a sophomore from Clearfield, made five saves against Pitt-Greensburg. She was credited with two more against Alfred State.

The Lions are undefeated in Allegheny Mountain Collegiate Conference play. Emily Archer, a junior from Butler, had 10 kills on 22 attempts against Mt. Aloysius. Madison Clapper, a junior from Hollidaysburg, had a match-high 24 digs against Pitt-Bradford.

Chase Bietz, a sophomore from Clearfield, won the 100 breaststroke, the 200 breaststroke and the 200 individual medley. He also swam a leg of the 200 medley relay, which the Lions won.

Mitchell May, a sophomore from Erie, and Belden Tuttle, a junior from Fairview, won their matches 6-0, 6-0. May played at No. 4 singles; Tuttle played at No. 5.

The Lions placed third at the DIII Eastern Championships. Isaak Hatopp, a senior from Saline, Michigan, and Matt Olimski, a junior from San Diego, were named to the All-Tournament second team.

Brianna Lundy, a senior from North Huntingdon, led the Lions with a 178 in the first match. Lily Lewis, a freshman from Bradford, bowled a 175 in the second match.