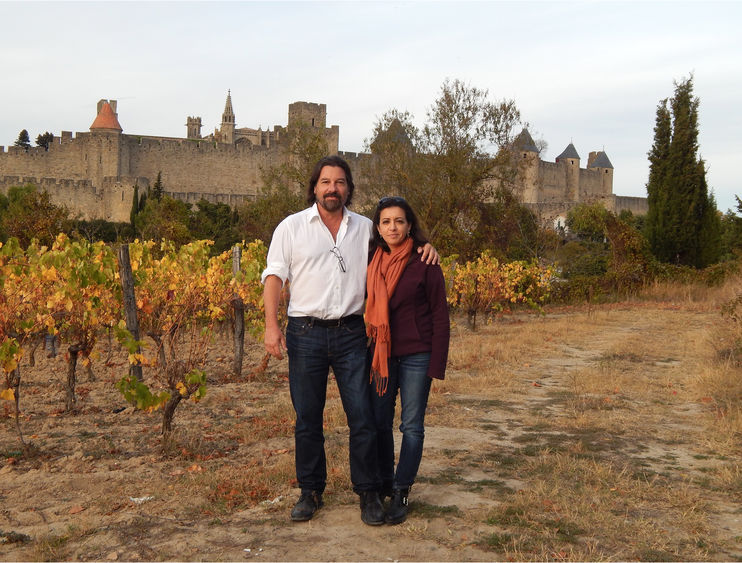 “Every self-discovery in academic life starts with mentoring,” he said.

The five-year spend-down fund was a test run for what Stanish planned to do next. Together with his wife, Garine Babian, Stanish recently pledged $250,000 — combining an estate commitment and outright gifts — to permanently endow the Charles Stanish Enhancement Fund in the College of the Liberal Arts.

Stanish is the executive director of the Institute for the Advanced Study of Culture and the Environment at the University of South Florida as well as director emeritus of the Cotsen Institute of Archaeology at UCLA, where he spent the bulk of his career. Babian is an attorney with bachelor’s and master’s degrees in art history. Originally from Lebanon, she is the business coordinator for Stapleton & Babian, which provides curatorial, art historical, and scientific expertise to small museums, private collectors and individuals.

"We undervalue our public universities these days, but the land-grant program created a model that allows young people from humble backgrounds to have a chance, and that’s what Penn State does. That’s what it did for me.”

Stanish said his career path was solidified early on because of his experience at Penn State.

“I didn’t do very well in high school; I frankly just didn’t care that much,” he admitted, adding that he was accepted to Penn State Behrend knowing nothing about the world.

“Within six weeks, I knew what I wanted to do with my life,” said the western Pennsylvania native, who went on to become a pre-eminent archaeologist and teacher, prolific author, member of the National Academy of Sciences, and sought-after speaker. “I had amazing professors and classes at Behrend and later at University Park, and it really transformed my life.”

Stanish said he structured his gift to go to a faculty member, rather than a student.

“For me, one-on-one or small group mentorship is by far and away the most effective way to help a young person, so I structured the gift to encourage faculty members to do more of that. My only requirement is that the faculty member take a student on a real scientific expedition outside of North America — because you have to get them out of their comfort zone — and be nice to them for a few weeks. That’s it.”

He added: “For the first five years (of the original gift), the anthropology professors did much, much more for the students. What the gift does in fact is to encourage a caring professor to do what comes naturally.”

As an undergraduate at Penn State, Stanish spent a summer in Oaxaca, Mexico, with the late Bruce Byland, then a graduate student in the anthropology department.

“Bruce was a wonderful human being and brilliant scientist who let me participate in a fascinating research project,” Stanish said. “I really want students to experience bona fide research in the field like I did. I don’t care if they’re measuring skulls or digging rocks, as long as they’re out of their comfort zone and are physically and mentally working. One-on-one or small group research experiences are about self-discovery, and they help students know if they love science or even if it’s not for them.”

“In my case, you (Penn State) took a kid from the middle of nowhere who knew nothing. All I needed was some decent mentorship,” added Stanish, touting his original alma mater and public higher education in general. “The opportunity for young people in Pennsylvania to have an institution like Penn State is something to be very grateful for, and in our society, we don’t have enough gratitude. We undervalue our public universities these days, but the land-grant program created a model that allows young people from humble backgrounds to have a chance, and that’s what Penn State does. That’s what it did for me.”

“We can't thank Charles Stanish and Garine Babian enough for their very generous gift to our department. In the past, the Stanish Enhancement Fund has supported student research spanning a broad range of important anthropological topics in several locations including Mexico, Guatemala, Bolivia and Madagascar,” said Timothy Ryan, interim head of the Department of Anthropology. “Providing undergraduate research experiences is a vital component of our department’s educational mission. The opportunity for students to work closely with faculty mentors on international research projects is frequently transformative, and we look forward to doing even more thanks to this very generous endowment from Dr. Stanish and Ms. Babian.”

To recognize Stanish’s many accomplishments, the Department of Anthropology presented him with its Outstanding Alumni Award in 2018. By creating the Charles Stanish Enhancement Fund, Stanish and Babian qualify for membership in Penn State’s Atherton Society, which honors donors who, through a planned gift such as an estate commitment, help carry Penn State “to the forefront of teaching and research institutions.”

The Charles Stanish Enhancement Fund advances "A Greater Penn State for 21st Century Excellence," a focused campaign that seeks to elevate Penn State’s position as a leading public university in a world defined by rapid change and global connections. With support from devoted philanthropists like Charles Stanish and Garine Babian, “A Greater Penn State” seeks to fulfill the three key imperatives of a 21st-century public university: keeping the doors to higher education open to hardworking students regardless of financial well-being; creating transformative experiences that go beyond the classroom; and impacting the world by fueling discovery, innovation and entrepreneurship. To learn more about “A Greater Penn State for 21st Century Excellence,” visit greaterpennstate.psu.edu. 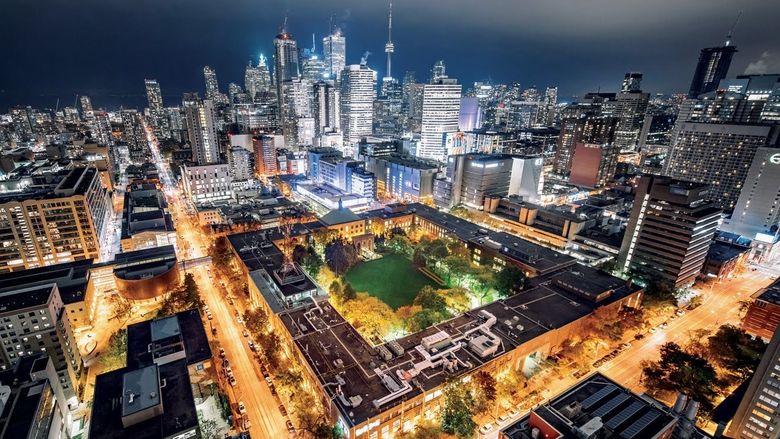 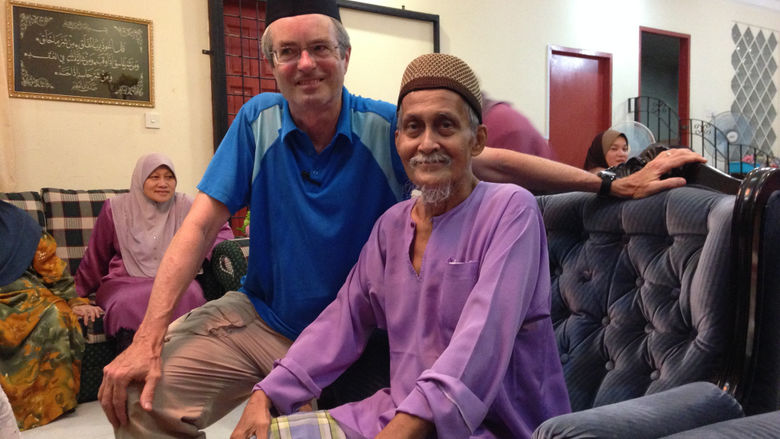 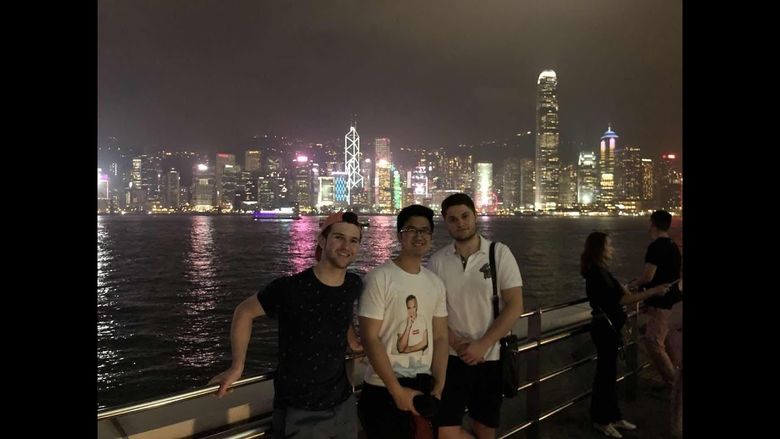 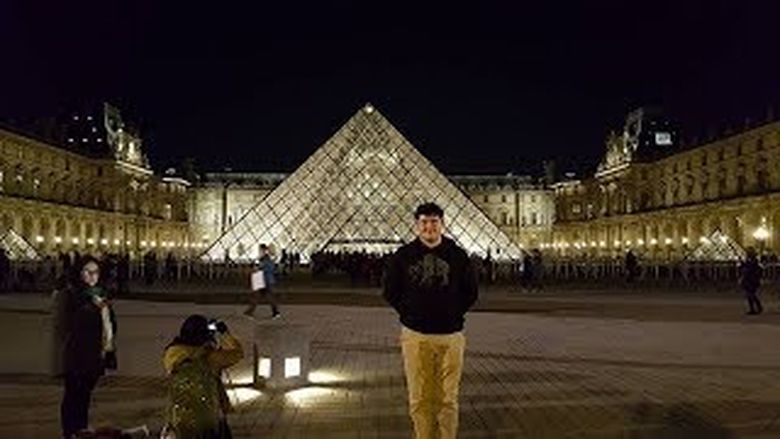