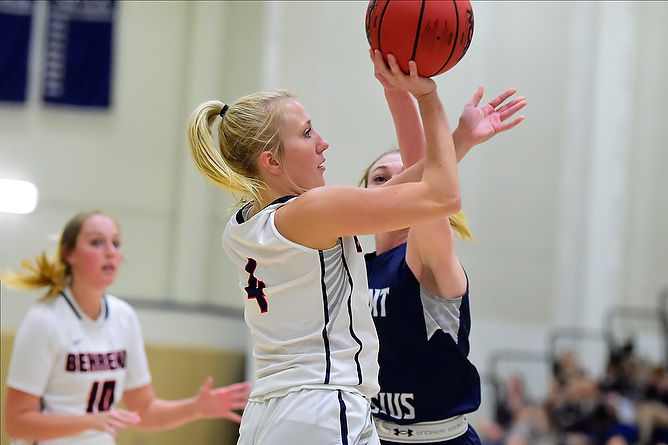 The Penn State Behrend women's basketball team built an 18-7 run in the fourth quarter against Pitt-Bradford. The Lions won, 63-59.

The Penn State Behrend women’s basketball team trailed Pitt-Bradford until the fourth quarter. The Lions rallied with an 18-7 run, led by Caitlin Carnuche, a sophomore from New Castle, who scored a total of 22 points.

The men’s team and the swimming and diving teams also were in action last week. Here are the highlights:

The Lions made 21 of 24 free-throw attempts against Franciscan. The team held Pitt-Greensburg scoreless for more than seven minutes in the first half of that game.

The Lions shot a season-high 80 percent from the foul line against Franciscan, going 12-for-15. Alanna Dibble, a sophomore from Lakewood, New York, led the team with 20 points.