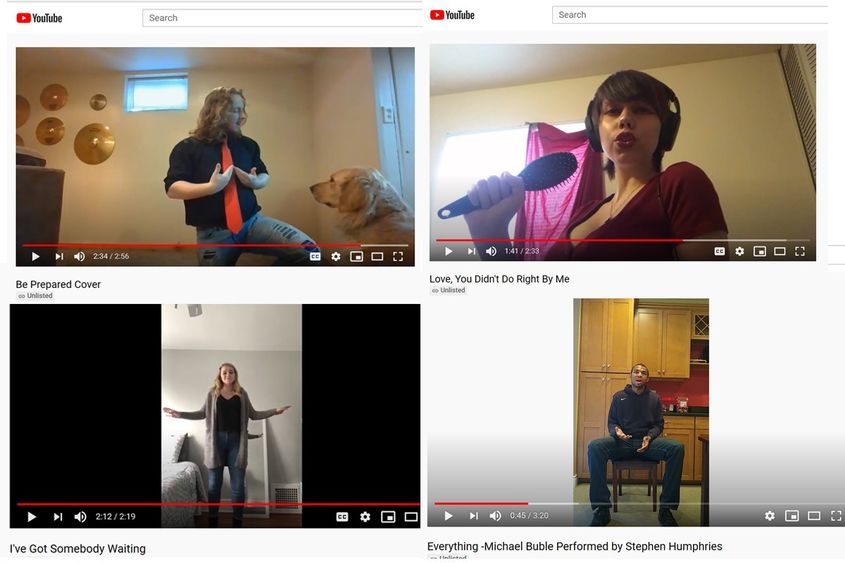 When the COVID-19 crisis put an end to in-person gatherings, including the culminating event for spring choral students at Penn State Behrend, Gabrielle Dietrich, director of choral ensembles and associate teaching professor of music, was determined that some version of the show go on. She came up with a plan to allow each student to step into the spotlight – a virtual cabaret performance.

The at-home recordings included songs by Irving Berlin, Cole Porter and Michael Buble. There was even a number from “The Lion King,” with the student’s dog as a prop.

What were students tasked with doing?

In a typical semester, the big project we work toward is a full-length concert. We were busily working toward that goal right up to spring break. When it was announced that we would be learning remotely for the rest of the semester, I knew we needed a new project.

I knew the students enjoyed a variety of musical styles and might like the chance to work on individual vocal development and a piece of music that spoke to them personally. So we decided to do a video cabaret, featuring music, song, dance or drama. Each student chose their own song, which I then purchased for them to use, and they had several individual coaching sessions with me to prepare for the performance. 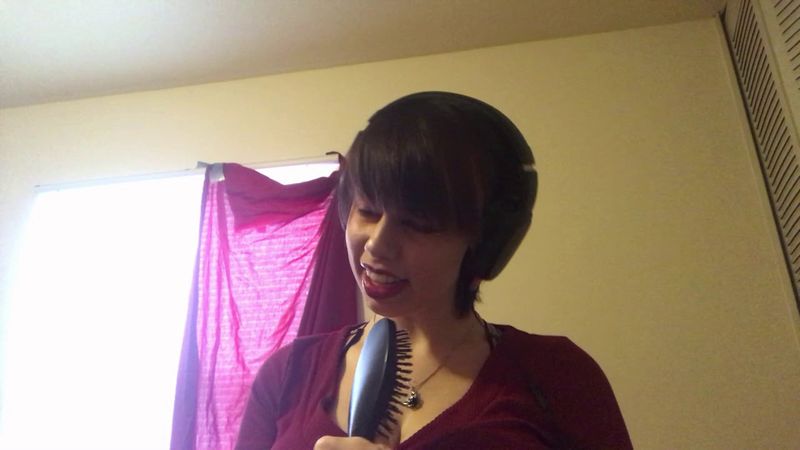 Claire Nicholson performing "Love, You Didn't Do Right by Me," by Irving Berlin

You discovered early on that live performances on Zoom would not work well. Instead, you asked students to record their performances?

Yes. Any music-making on Zoom is impacted by delay, which is impossible to compensate for in real-time. Try singing “Happy Birthday” to someone with a group of friends on Zoom, and you’ll see what I mean.

You’re also dealing with both Zoom’s noise filter, which can be turned off on computers, but not on tablets or phones, and the noise filter on the devices themselves, plus wide variations in equipment quality and sensitivity, not to mention connection speed. Making videos gave students more control over the quality of their performance and the ability to do multiple takes, experiment with microphone placement, the volume of the recorded accompaniment, and so on. Once they were happy with their work, they uploaded a video to YouTube and sent me an unlisted link. 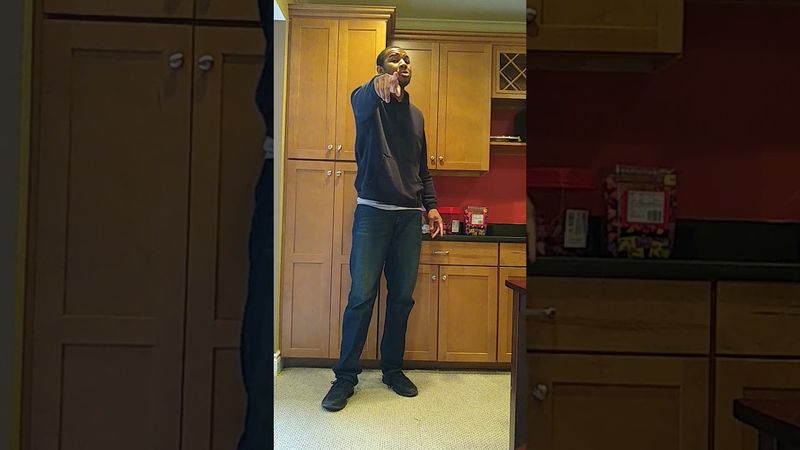 Then you gathered at a certain time to watch all the performances at once?

Yes. We kept the date and time of the original ceremony and gave friends and family members the chance to attend virtually, too, as many of them would have come to a typical concert. We used a video sharing system called watch2geher.

If I were to do it over, I would request that the videos be completed sooner so I could have time to assemble a slick playlist in YouTube or even a single video in iMovie. 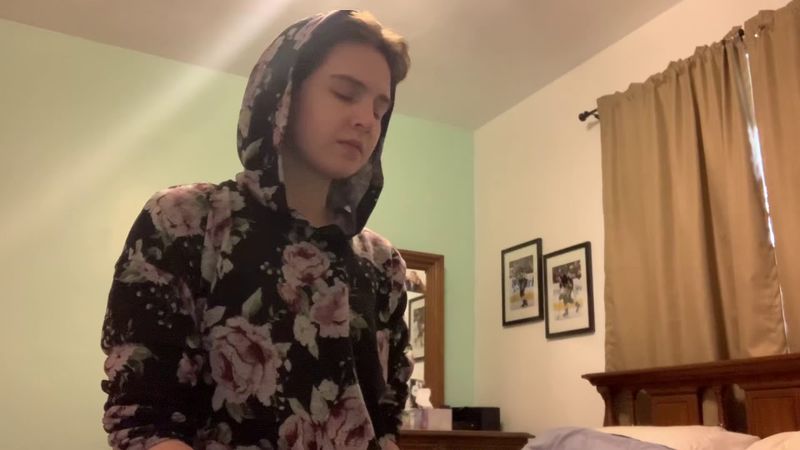 Emily Green performing "With Every Breath I Take," by Cy Coleman

How many people participated in or attended the cabaret?

There were 20 performers, and probably 50 or more audience members in attendance, though that number may be higher, as there were likely multiple viewers at some screens. 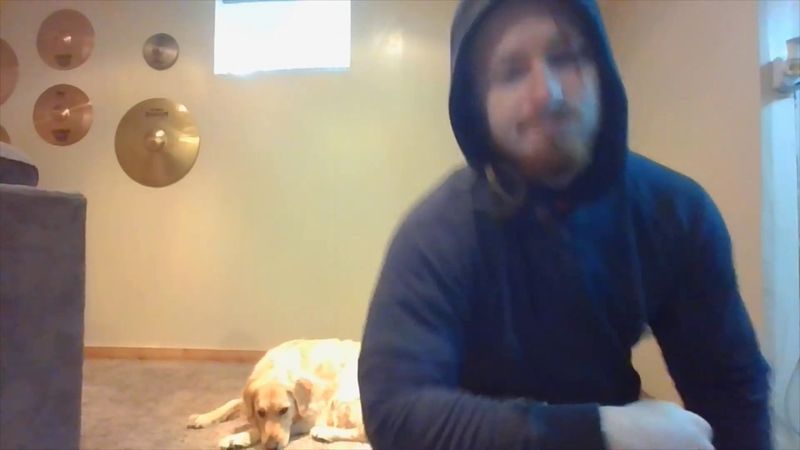 Jack Golec performing "Be Prepared (from 'The Lion King'), by Alan Menken

What was your overall impression of the event?

I was very impressed with the creativity, and I think the students had a lot of fun hearing one another. One of the things I love about Behrend choristers is how quick they are to appreciate and cheer each other on. Singers can be a competitive bunch, but our students are very supportive of one another, and I am really proud of that.

How has the transition to remote learning challenged you?

The hardest thing for all of us seems to be the visceral absence of singing together. If you haven’t had that experience, it’s hard to describe. The full-brain, full-body experience of singing in a choir pulls you out of yourself and connects you with others in an immediate and strangely intimate way, and there’s just no substitute for it. I know we are all incredibly eager for the days when we can get together and sing again. 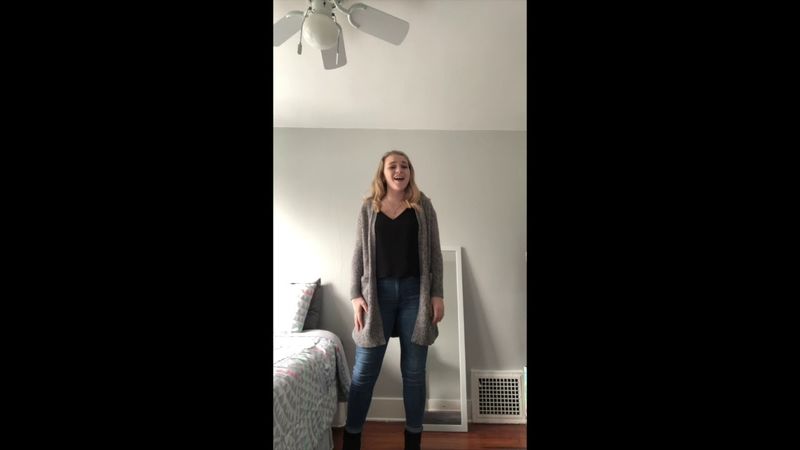 Maribeth Miller performing "I've Got Somebody Waiting," by Cole Porter

Have there been any silver linings? Any techniques you plan to keep when you return to in-person classes?

I like that my students had the challenging experience of being confronted by the honesty of a recording. When we’re in rehearsal, they rely on me for feedback. I work hard to focus on the positives and play to our strengths. Recording devices have no tact. I know that has been really hard for some of them. Hearing a recording of one’s own voice is challenging for most human beings.

A big part of my job in the last few weeks has been to help students hear the good rather than focusing on what could have been better. I think I might do more videotaping in the future, simply because it’s a valuable check on our perceptions.

I truly enjoyed the light-heartedness some of my students brought to the table in their interpretations and their staging, and also the deep feeling and musical sensitivity and instinct they demonstrated.