Music at Noon series to resume at Penn State Behrend 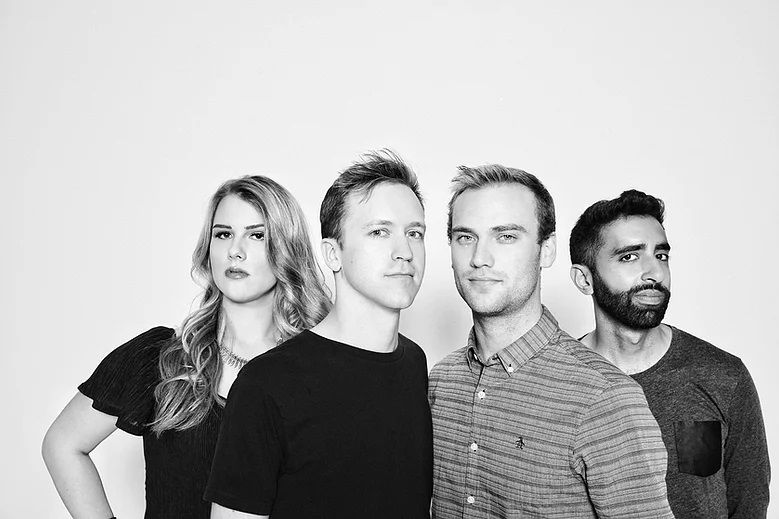 The Westerlies, an "accidental brass quartet," will perform at Penn State Behrend on Wednesday, Sept. 15, as part of Music at Noon: The Logan Series.

ERIE, Pa. — After a pause for the pandemic, which limited group activities at Penn State Behrend, Music at Noon: The Logan Series will return with a full schedule of in-person performances, beginning Sept. 15.

The concerts, which are free and open to the public, will begin at noon in McGarvey Commons, in the college’s Reed Union Building. Guests are encouraged to bring a lunch.

The 2021-22 series will feature six performances:

Since forming in 2011, the Westerlies, an “accidental brass quartet,” have blended elements of jazz, new classical and Appalachian folk. New recordings by the group include “Bricolage,” a collaboration with the pianist Conrad Tao, and “This Land,” with Grammy Award-nominated vocalist Theo Bleckmann. The Westerlies have toured with Fleet Foxes, performing at Coachella, the Hollywood Bowl, Red Rocks and at the Newport Folk Festival.

A performance by Sō Percussion is “an exhilarating blend of precision and anarchy, rigor and bedlam,” according to The New Yorker. The group has recorded more than 20 albums and performed at Carnegie Hall, Lincoln Center and the Walt Disney Hall, in addition to serving as the Edward T. Cone Performers-in-Residence at Princeton University.

Since forming in New York City in 1998, ETHEL has performed on more than 40 albums, including a Grammy Award-winning collaboration with jazz legend Kurt Elling. The quartet is currently the resident ensemble at the Metropolitan Museum of Art’s Balcony Bar and is the ensemble-in-residence at Denison University.

The Dublin Guitar Quartet is a classical quartet devoted entirely to new music, which is performed on eight- and 11-string guitars. The group has adapted music by Philip Glass, Steve Reich and Arvo Part. In 2010 the group joined the Russian cellist Ivan Monighetti for a special concert in St. Peter’s Church. A recording of that performance was released in 2012.

The Taiwan-based ensemble A Moving Sound blends original music and dance and has been featured on National Public Radio, BBC Radio 3 and the Discovery Channel. The group has performed at the Kennedy Center and at the WOMAD International Arts Festival.

The Grammy Award-winning Harlem Quartet celebrates and encourages diversity in classical music by showcasing works by minority composers. The group has been featured on CNN, NBC’s “Today” show and at Carnegie Hall. In 2009, the quartet performed for President Obama and First Lady Michelle Obama at the White House.

Music at Noon: The Logan Series was founded by Mrs. Kay Logan in 1989 and receives major support from the Kay Logan Trust. Additional funding is provided by the Penn State Behrend Student Activity Fee. Music at Noon receives state arts funding support through a grant from the Pennsylvania Council on the Arts, a state agency funded by the commonwealth of Pennsylvania, and the National Endowment for the Arts, a federal agency. Additional support is provided in part from an Erie Arts & Culture Project grant, made possible by community contributions to the Combined Arts & Cultural Campaign and the Erie Arts Endowment.

Music at Noon: The Logan Series will return to Penn State Behrend on Sept. 15 with the first of six in-person lunchtime concerts. The performances, which are free and open to the public, will begin at noon in McGarvey Commons, in the college's Reed Union Building.