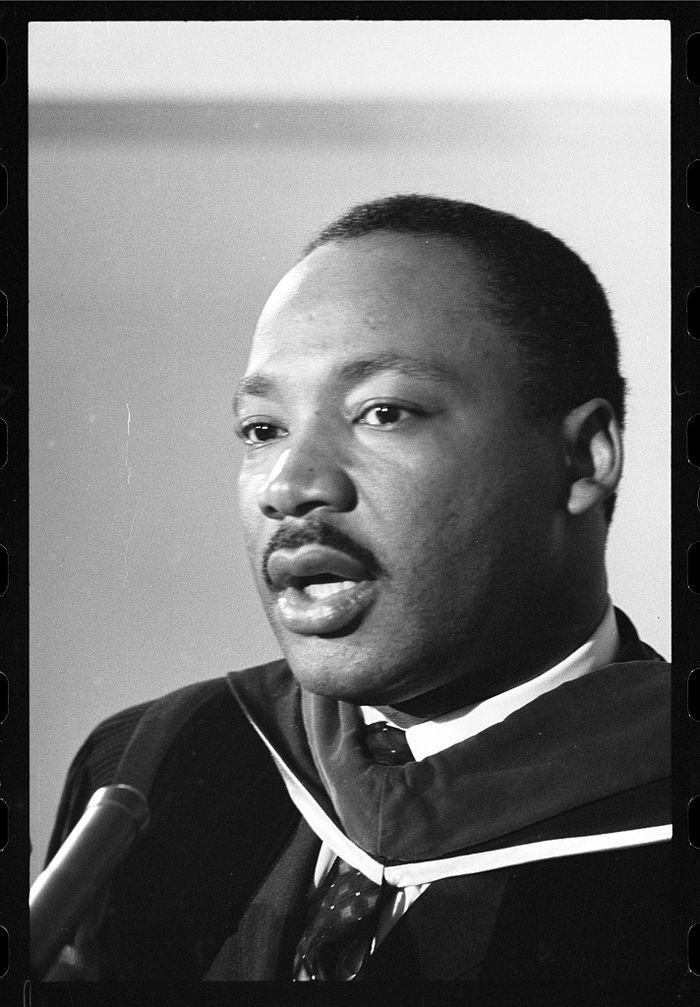 The following events, all free and open to the public, will be held throughout the week:

11:00 a.m.–3:00 p.m.
Annual Martin Luther King March and Events in Downtown Erie
Meet in Reed Wintergarden if planning to ride in the group's van to downtown.

Join the Association of Black Collegians (ABC) and other members of the campus community as they make their way to the city of Erie to participate in its annual MLK March. Everyone will meet in the Reed Union Building’s lobby at 11:00 a.m. and ride in a provided van to the march’s site. Individuals are also welcome to drive themselves.

Celebrate the legacy and service of Dr. Martin Luther King Jr. through a Penn State commonwealth campus day of service. The event will be held on January 16, 2023, at Penn State Beaver. If you enjoy helping others, have a passion for community engagement, or are just looking for a new type of opportunity to experience with fellow Penn State students, don't hesitate to register while spots remain.

Behrend staff are attending and providing transportation to the event. It will also include breakfast, lunch, a speaker, and a t-shirt.

Join us for a community brunch featuring Young Leaders of the Civil Rights Movement, a multimedia presentation about the history of student activism during the civil rights movement and beyond.

4:00–5:00 p.m.
Documentary Film: At the River I Stand, The Climax of the Civil Rights Movement
117 Reed Union Building (Auditorium)

Snacks and refreshments will be provided.

The Office of Educational Equity and Diversity Programs will sponsor screenings of the documentary film At the River I Stand, which covers the dramatic climax of the Civil Rights movement that took place in Memphis, Tennessee, in spring 1968. The film skillfully reconstructs the two eventful months that transformed a strike by Memphis sanitation workers into a national conflagration and disentangles the complex historical forces that came together with the inevitability of tragedy at the death of Dr. Martin Luther King Jr.

This documentary brings into sharp relief issues that have only become more urgent in the intervening years: the connection between economic and civil rights, debates over strategies for change, the demand for full inclusion of African Americans in American life, and the fight for dignity for public employees and all working people. In the 1960s, Memphis' 1,300 sanitation workers formed the lowest caste of a deeply racist society, earning so little they qualified for welfare. In the film, retired workers recall their fear of taking on the entire white power structure when they struck for higher wages and union recognition. But local civil rights leaders and the Black community soon realized the strike was part of the struggle for economic justice for all African Americans.

Diversity and Multicultural Programs and Events