The Smith Chapel's bell tower, adjacent to the Larry and Kathryn Smith Chapel, contains the forty-eight-bell Floyd and Juanita Smith Carillon. The bells produce a massive sound that rolls weightlessly over the college campus and its surrounding hillside. 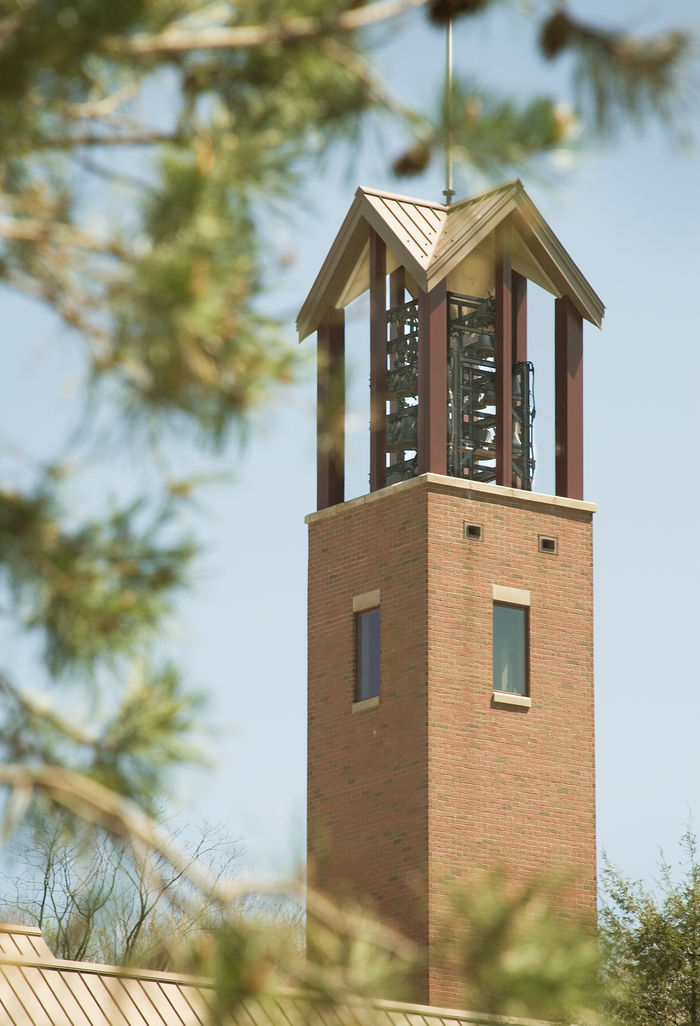 The summer concert series is back for 2022!

The Smith Carillon Concert Series at the Larry and Kathryn Smith Chapel begins on Thursday, July 7, and continues each Thursday in July.

All concerts begin at 7:00 p.m. and are free and open to the public. In addition, free hot dogs and snacks will be served during the performances.

Seating for the Smith Carillon Concert Series is on the lawn of Smith Chapel; audience members are encouraged to bring chairs or blankets. In the event of rain, seating may be offered inside the chapel. The sound carries, however, so visitors may utilize other areas of the Behrend campus, away from the bell tower.

The Smith Carillon Concert Series is made possible by a gift from Larry and Kathryn Smith. For additional information about the series, phone

The Smith Chapel's brick bell tower extends eighty feet in height and houses the Floyd and Juanita Smith Carillon at its top. The forty-eight carillon bells were installed in April 2002.

The carillon bells are hung "dead" in a steel framework; that is, they are not swung by a wheel and rope when played. Instead, the clappers are brought to the bells using levers, a system of counterbalanced transmission bars.

The carillon bells were cast by Meeks, Watson, and Company, bell founders located in Georgetown, Ohio. The bells are made from "bell metal," a bronze consisting of eighty percent copper and twenty percent tin. The same alloy has been used for carillon bells since the 1600s.

Penn State Behrend's instrument is considered a concert carillon because it covers four octaves, permitting the teaching and performance of almost the entire canon of published carillon music.

Audiences cannot directly observe a carillonneur; the musician sits in a small room below the carillon and strikes a keyboard-like hand clavier with a loose fist to bring a clapper to each cup-shaped bell. The chapel's tower room is accessed through the chapel coordinator's office. A practice clavier is located in the conference room.

A live video of the Smith Carillon performers is typically fed to a television in either the lower-level room of the Smith Chapel or, weather permitting, on the chapel patio.

The Floyd and Juanita Smith Carillon was constructed separately from the chapel itself. At the base of the carillon tower is the dedication chapel, an area designed for quiet personal contemplation and prayer.

One of the granite wall panels in the dedication chapel lists the names of all people who have given gifts of property to Penn State Behrend.