Click on any recipient's name to go directly to their profile. 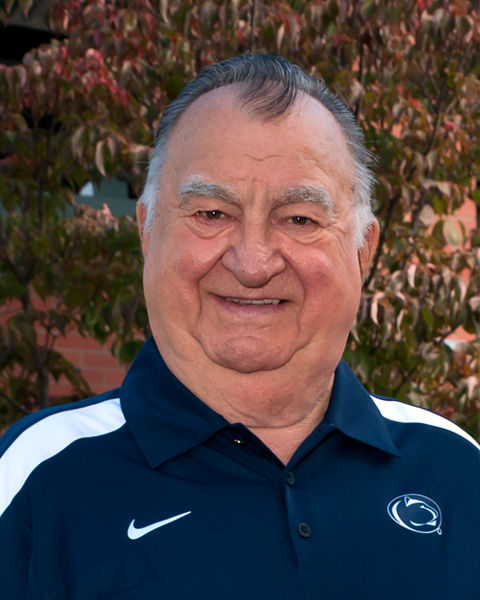 Joseph J. Prischak was named an Honorary Alumnus of Penn State in 2014.

Joseph J. Prischak '14H played a crucial role in creating Penn State Behrend’s plastics engineering technology (PLET) program, one of only four accredited programs in the United States. The program boasts the largest plastics lab dedicated to undergraduate studies in the country, with state-of-the-art computers, materials, and processing labs. Based on the success of Penn State Behrend’s plastics engineering program, Joe started an identical program in 1991 at The University of Bratislava, Slovak Republic (formerly Czechoslovakia). 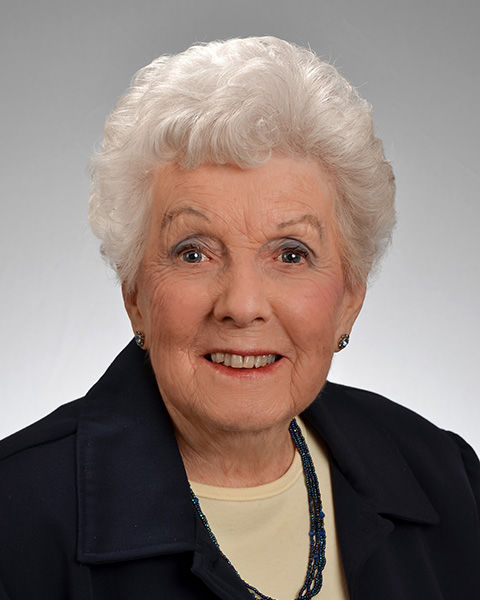 In 1954, Ethel S. Kochel ’13H and her husband, Irvin ’47, ’48g, moved to Erie so Irv could lead what was then The Behrend Center of Pennsylvania State College. Over Irv’s twenty-six years at the campus, Ethel was “First Lady of Penn State Behrend,” partnering with her husband as he spearheaded the transformation of the center into a degree-granting college. While Irv attended to official duties, Ethel worked behind the scenes, hosting student and faculty teas and helping to found the Faculty Women and Wives Club.

The couple retired to Erie after Irv finished his career at University Park, purchasing a home two blocks from campus. They endowed three scholarships—the Irvin Kochel Leadership Scholarship, the Irvin and Ethel Kochel Trustee Scholarship, and the Ethel and Irvin Kochel Scholarship for International Study—and created the Irvin H. Kochel Lion Ambassador Fund to support the student organization he founded.

Ethel Kochel served on the committee for the year-long celebration of Behrend’s 60th anniversary in 2008, helped unveil the Penn State Behrend Archives the same year, and co-chaired the Glenhill Society Appreciation Dinner that is held every five years to thank alumni, donors, and friends.

She was a regular at men’s basketball games, attended an annual tea in her honor with the Behrend Lion Ambassadors, joined her scholarship recipients at a campus-wide luncheon, and regularly hosted a brunch during the Logan Music Series. Off campus, she supported community programs that included Books for Kids of Erie, the Young People’s Chorus of Erie, and the Erie Community Foundation.

The Ethel Kochel Garden adjacent to the Irvin Kochel Center is a living tribute to her commitment to the college. The garden was commissioned by the couple’s oldest son, Jeffrey Kochel ’71; all three of Ethel and Irv’s children attended Penn State Behrend. 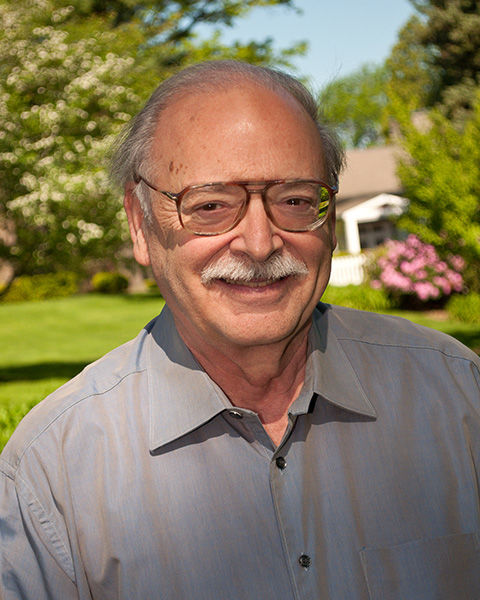 Director and founder of the Institute on the American Dream at Penn State Behrend and senior research associate in religious studies in the college's School of Humanities and Social Sciences, Rev. Charles Brock received the Penn State Alumni Association's Honorary Alumnus Award on June 4, 2010.

Before joining Penn State Behrend in 1999, Brock spent 35 years as a teacher and chaplain at Mansfield College, Oxford University in England, and currently is an emeritus fellow at Oxford.

Within the Penn State Behrend community, Brock lectures on religion in a variety of courses, including Comparative Religion, Religion in American Life and Thought, and Introduction to Islam. In 2000, he founded the college's Institute on the American Dream at Penn State Behrend and continues to serve as the Institute's director. The Institute's mission is to organize academic and community programs examining The American Dream through literature, sociology, race, and economics while trying to establish a vision for the future.

In addition, Brock is an advisory board member of CORE, the Susan Hirt Hagen Center for Community Outreach, Research and Evaluation. CORE is a major outreach initiative of the School of Humanities and Social Sciences.

He also served as co-vice chair and founding board member of the Young People's Chorus of Erie, which operated at Penn State Behrend from 2009 to 2020. 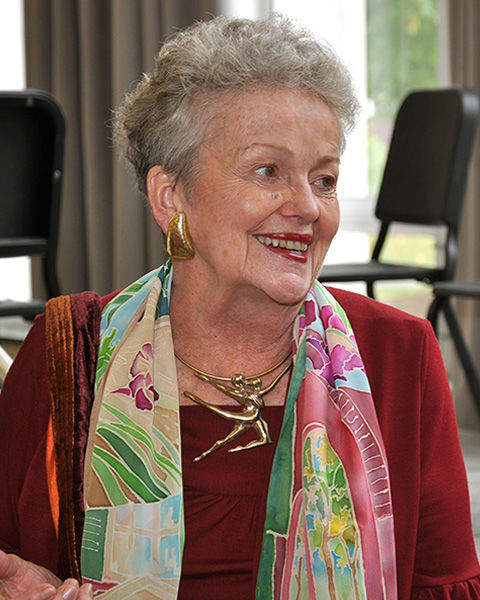 Kay Hardesty Logan was named an Honorary Alumna of Penn State in 1999.

Philanthropist and arts advocate Kay Logan received the Honorary Alumna degree in 1999 from Penn State. Logan established Music at Noon: The Logan Series, an innovative program that provides world-class chamber music in an informal, intimate atmosphere to diverse audiences. Logan, formerly of Warren, founded the noontime chamber concert series at the college in 1989.

Logan was principal flutist with the Columbus Symphony for 20 years. Her desire to present world-class chamber music in an informal, non-intimidating setting honored her late husband, Harry A. Logan Jr. Harry was an ardent advocate for bringing arts and other cultural enrichments to northwestern Pennsylvania when the couple resided in Warren, where he was CEO of United Refining Co. Kay Logan was affiliated with several national arts education projects and was a former trustee of Chautauqua Institution.

Logan also purchased and refurbished the Logan House in 1991 to be used for programming and events centered on the college's students, including etiquette dinners, guest speakers, and student organization meetings and inductions. The 6,700-square-foot house was built in 1928 for Elisha Mack Jr., founder of the Erie Dry Goods Company, which later became the Boston Store.

The Logan Series' unique musical outreach has been honored with an Adventurous Programming Award by Chamber Music America and the American Society of Composers, Authors and Publishers (ASCAP). After initial funding from the Harry A. Logan Foundation in 1990, Kay Logan continued to fund the series. In addition, the series has received funding from the Penn State Behrend Student Activity Fee, Pennsylvania Partners in the Arts, and the Erie Arts Endowment.

Hoop Roche received the Honorary Alumnus honor in 1996 because of his philanthropy and leadership in all areas of Penn State Behrend, including the Plastics Engineering Technology Program, the Engineering Lab Complex, and scholarship support for our students. Roche served as vice chair of the Penn State Behrend Grand Destiny Campaign. In addition to fundraising, he volunteered countless hours of his time on Behrend advisory boards and serving as the Chair of Behrend's Council of Fellows and on the Council's Board of Directors. Roche's generosity has been overwhelming and his leadership has been extraordinary.

Roche co-chaired the Penn State Behrend Plastics Program fund drive in 1984, helping to create our Plastics Engineering Technology Program. This program has grown into one of four nationally accredited plastics program, with more than 500 graduates.

After the Plastics Engineering Technology Program was created, in 1992 Roche again volunteered his leadership as the chair of the Penn State Behrend Plastics Lab Complex fund drive. He and his former company, Erie Plastics, were major contributors. The former Engineering Complex has been used by engineering majors regardless of their major and now houses our School of Science and Nursing Program. By leading the engineering complex campaign, Roche created a whole related capability at Behrend.