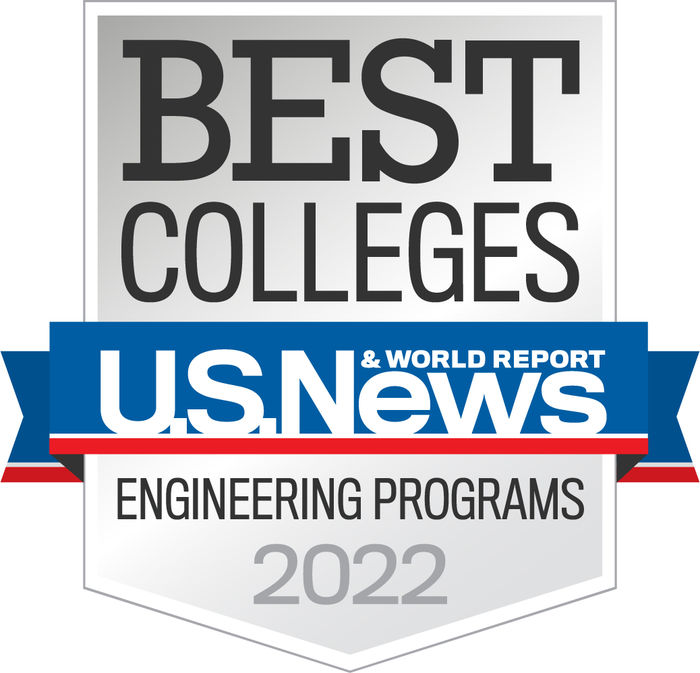 The latest “Best Colleges” rankings by U.S. News & World Report place Penn State Behrend’s undergraduate engineer­ing programs among the top 40 in the nation for institutions that do not offer a doctorate. The Behrend programs were tied for 39th on the list, which was released in September.

“The best engineering ranking is a testament to the continued commitment of our faculty and staff to prepare our students to be leaders in the engineering discipline,” said Dr. Tim Kurzweg, director of the School of Engineering. “This past year required us to adapt our pedagogical approach to the changing environment, and this ranking is one indi­cator that we were successful.” 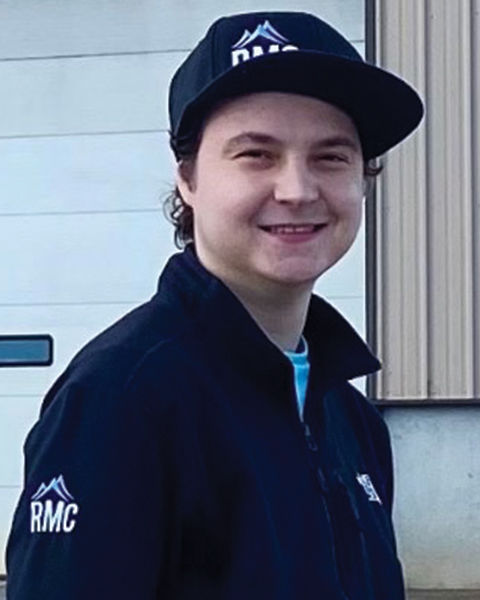 Will Friedlander, a 2020 Mechanical Engineering grad, had dreamed of being a roller coaster engineer from the time he was in sec­ond grade and took his first ride on Phantom’s Revenge at Kennywood Park just outside of Pittsburgh. He was on track to reach his goal when COVID-19 hit. He saw his opportunities in the roller coaster industry evaporate when the country (and parks) closed for months. He stayed positive, though, took a temporary engineering job, and never stopped working toward his dream job. In December of last year, he accepted a position as a design engineer for Rocky Mountain Construction, a leading roller coaster engineering company in Coeur d’Alene, Idaho. 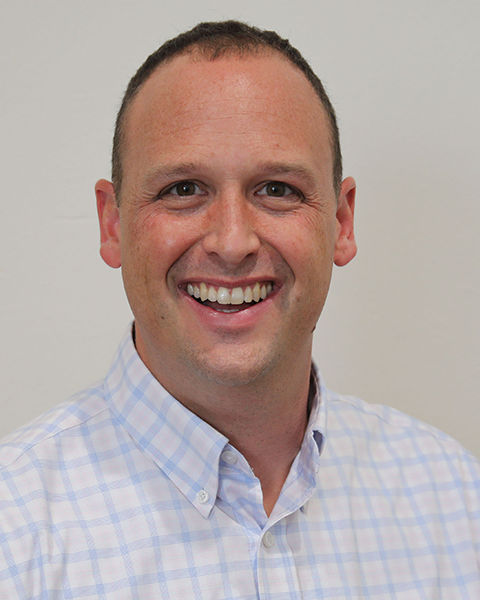 Dr. Michael Hargather, a 2004 Mechanical Engineering gradu­ate, was recently promoted to full professor in the Mechanical Engineer­ing department at New Mexico Tech. Hargather, who earned his Ph.D. from Penn State in 2008, is a member of the college’s Shock and Gas Dynamics Laboratory, which performs research on thermal-fluid dynam­ics with specialties in optical flow diagnostics. Current research includes projects funded by the U.S. Air Force, Sandia National Laboratories, and the Defense Threat Reduction Agency. 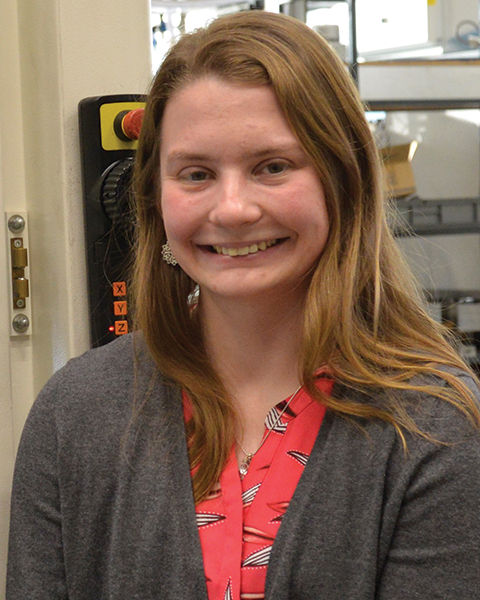 Elizabeth Mamros, a 2018 Mechanical Engineering graduate and now a Ph.D. candidate at the University of New Hampshire, is currently in Germany working on her dissertation research as a Fulbright and Graduate International Research Experiences (IIE-GIRE) fellow at Institut für Umformtechnik und Leichtbau (TU Dortmund). Mamros’ research focuses on novel sheet metal forming processes, such as double-sided incremental forming, and manufacturing of heterogeneous biomateri­als for trauma fixation application, such as cranial implants, as part of the University of New Hampshire’s BioMade project. Mamros plans to pursue a career in academia that will allow her to research advanced manufacturing technologies, with an emphasis on biomedical applications, while educating future engineers.

Parents, Families & Alumni Weekend is October 14-16, 2022. Mark your calendar now and join us for a weekend of family fun, Behrend-style. A celebration for young and old alike, it offers plenty of things to do for students, alumni, parents, brothers and sisters, extended family—everyone! 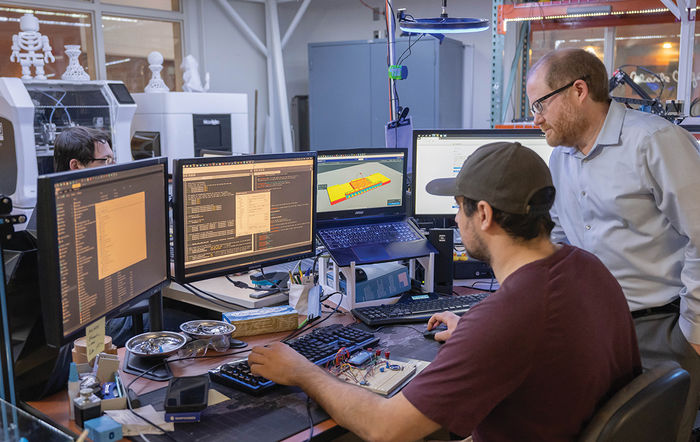 Innovation Commons Gets $2.13 Million and a New Name

Since it opened in 2016, Innovation Commons has supported more than 240 projects for local entrepreneurs, startups, and community groups. That work has led to fourteen new companies and twelve patent applications.

The endowment was created through an array of private and corporate gifts with a combined value of more than $1.06 million. Those gifts were matched 1:1 by Penn State’s LaunchBox Matching Program, bringing the total endowment to $2.13 million.

In recognition of the largest of the gifts, the lab has been named the James R. Meehl Innovation Commons powered by Penn State Behrend. The Meehl family has had a strong association with Behrend faculty, programs, and athletics that began when James Meehl’s grandson, Aaron Meehl, a 2012 graduate, first enrolled as a student more than a decade ago.

Honors and Awards
Dr. Omar Ashour, associate professor of industrial engineering, was named techni­cal vice president on the technical opera­tions board of the Institute of Industrial and Systems Engineers (IISE). He was also recently awarded the Penn State Behrend Council of Fellows Faculty Research Award. 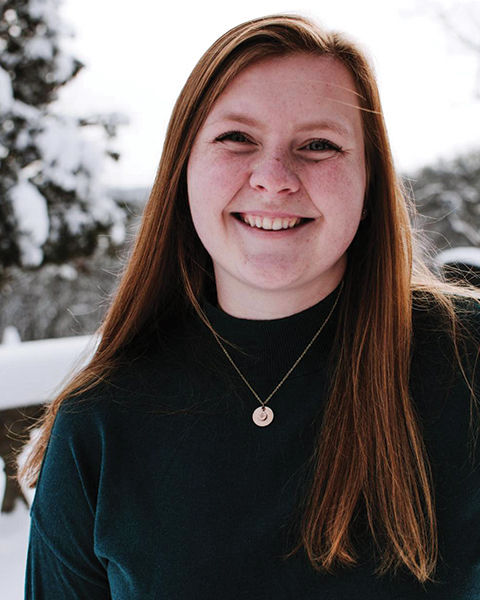 Named for the University’s tenth president, the Hetzel Award recognizes high scholastic attainment together with good citizenship and participation and leadership in student activities.

In her role as student president of Behrend Benefiting THON, nominators said Gustafson was able to adapt the organization to fulfill its commitment to fundraising and supporting families grappling with pediatric cancer and that Gustafson found ways to succeed despite the challenges that COVID-19 placed on recruitment and fundraising.

“This demonstrates mature leadership not often seen by University students; mitigating peer expectations, providing realistic goals, and brainstorming new and unorthodox tactics while encouraging continued enthusiasm, passion, and productivity is no small feat for any leader,” a nominator said.

Behrend Benefiting THON surpassed its goal in both 2020 and 2021. Gustafson executed one of the only live campus events in 2020, the dance marathon “Adventuring Beyond Horizons,” which raised nearly $7,000. In 2021, she helped restore fundraising to pre-pandemic levels, raising more than $21,000.

Gustafson was also a leader in at least ten other student organizations and programs on campus, including serving as president of the Penn State Behrend Lion Ambassadors. 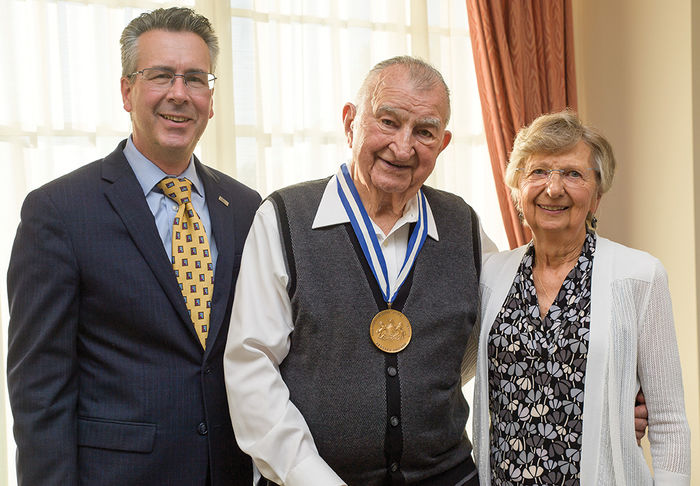 Joseph Prischak, a longtime supporter of Penn State Behrend and its students, died Saturday, May 21. He was 91.

Prischak grew up on a Crawford County, Pennsylvania, dairy farm and launched his own toolmaking business, Triangle Tool Co., while in his 20s. He founded Plastek in Erie in 1971, serving as president and chief executive until his retirement in 2002. Today, the Plastek Group is a worldwide manufacturer. Prischak was inducted into the global Plastics Hall of Fame in 2021.

With separate $1 million gifts, Prischak and his wife, Isabel, created two scholarships for Penn State Behrend students. The Prischak Building on campus—originally home to the plastics program and now part of Behrend’s Science Complex—stands as evidence of Prischak’s commitment to the college and its students.

“Joe Prischak brought entrepreneurial thinking not only to his business, but to his philanthropy as well,” Chancellor Ralph Ford said. “His legacy in the plastics industry, in the Erie community, and at Behrend will last for generations.”

Tune in to Chancellor-Hosted Podcast

Behrend Talks features a variety of topics key to the growth and success of the Erie region and beyond. Hosted by Chancellor Ralph Ford, conversations cover everything from the impact of COVID-19 on supply chains to the value of the humanities to politics with former Pennsylvania Governor Tom Ridge. Find past episodes at behrendtalks.buzzsprout.com or subscribe to Behrend Talks on Spotify, Stitcher, Apple Podcasts, Amazon Music, or Google Podcasts.

Youth Outreach Events Back On

After a Pandemic-Forced Hiatus, the college’s K-12 outreach programs, including Women in Engineering Day, First LEGO League, and the STEAM Fair, pictured here, returned to in-person formats. Melanie Ford, director of Youth Education Outreach and the Engineer­ing K-12 Outreach Center, was as eager for a return to in-person programming as attendees were. “The best way to ignite a young person’s interest in science, technology, and math­ematics,” she said, “is through hands-on educational engagement.”

Fasenmyer Conference: By the Number

Every Behrend engineering student is required to complete a senior capstone design experience, demonstrating hands-on design for a real-world application. Students showcase the results of their work at the Richard J. Fasenmyer Engineering Design Conference, held before spring finals each year. Fasenmyer, a 1969 graduate of Penn State, was a longtime supporter of the School of Engineering; he was the founder of RJF International Corp., a world leader in the manufacture and distribution of interior wall cover¬ings, industrial matting products, and specialty films.

Learn more about these projects.

A Truck-Lite recruiter talks with students at a
Penn State Behrend career fair.

Truck-Lite Co., LLC, a worldwide lead­er in LED lighting systems for commercial vehicles, has relocated its headquarters to Behrend’s Knowledge Park, where the company will have better access to engi­neering and technology talent as it pre­pares for the transportation industry’s shift to electric vehicles.

“As the transportation industry shifts toward electric vehicles, developing new innovations for customers relies on our ability to attract, develop, and retain qualified talent,” said Brian Kupchella, CEO of Clarience Technologies, the parent company of Truck-Lite. “Relocating our headquarters to Knowledge Park and expanding our association with Behrend creates a strong pipeline of future electrical engineers, data scientists and business leaders.”

The company believes the future research and development capabilities needed to design components in next-generation electric vehicles will require its workforce to have deeper expertise in electrical engineering, software program­ming, and advanced analytics. By locating its new headquarters at Knowledge Park, the company will have more access to a specialized talent pool.

The move also increases opportunities for Truck-Lite to engage in Penn State Behrend’s Open Lab environment, which provides access to student and new graduate talent, faculty expertise, and facilities. Truck-Lite is building two research labs in Behrend’s Advanced Manufacturing and Innovation Center: a 1,745-square-foot product-modeling lab and a 4,075-square-foot photometric testing facility, which will be used to study the light emitted by LEDs, lamps, and other devices.