In its first year, the Public Policy Fund at Penn State Behrend has drawn hundreds of people to campus to discuss a variety of topics organized around semester-long themes, including “Revitalizing the Rustbelt” and “Environment and Economy.” The fund’s seminars have featured nationally-known journalists, academics, and policy makers. This fall’s theme will be “Access to Healthcare” and will examine barriers to medical services in the 21st century.

The Public Policy Fund is based in the Political Science program and was established to bring together a diversity of perspectives to inform public policy decisions that affect the Erie region and similar communities. The fund draws on the expertise of Behrend faculty members to research policy solutions of importance to the Erie region, increase the policy research available to decision-makers, emphasize the importance of research-driven policy decisions, and promote interdisciplinary approaches to policy. 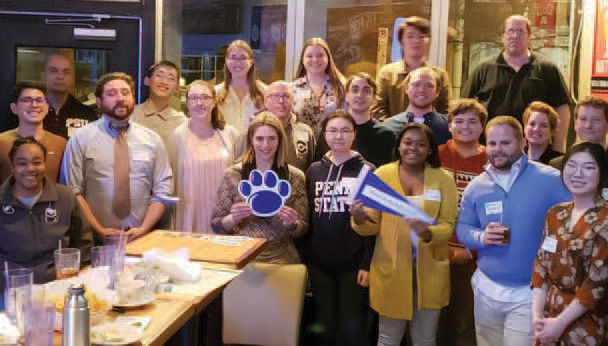 While in our nation’s capital over spring break, students enrolled in PLSC 177 Politics and Government in Washington, D.C., met up with Penn State Behrend political science alumni for a networking dinner. The students had a busy schedule while in D.C., visiting dozens of historical sites, meeting with lawmakers, and touring government agencies. The course was taught by Dr. Robert Speel, associate professor of political science.

Support from donors helps our students succeed. Scholarship recipients featured in this publication include: 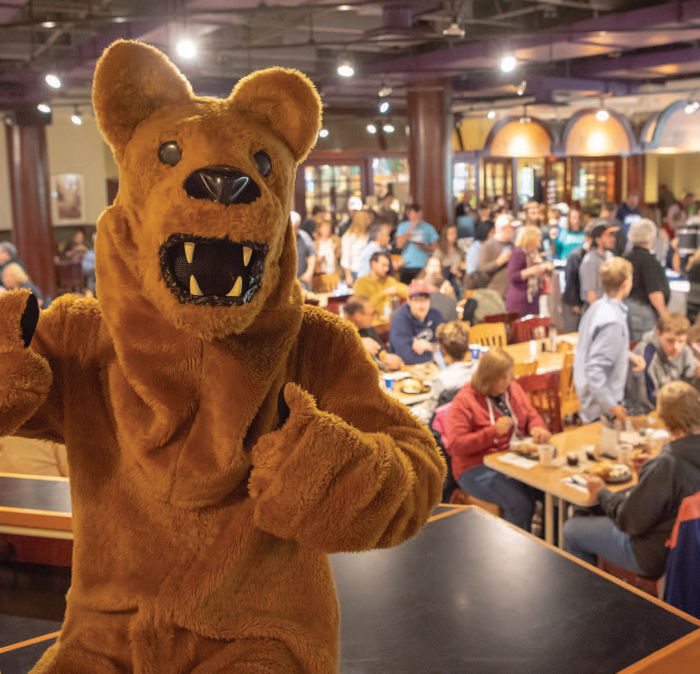 Penn State Behrend welcomed hundreds to campus for Parents, Families, and Alumni Weekend in 2018, and everyone had so much fun that we’re already looking forward to this year’s event, scheduled for September 20-22. We hope you can join us!

Model UN has long been known to help build the public speaking, teamwork, negotiation, and communication skills of participants.

According to Ricardo Rodriguez, it also builds something else.

“It builds empathy because you have to put yourself in the shoes of other delegates,” said Rodriguez, a senior industrial engineering major and president of Penn State Behrend’s Model UN Club. “That is key for young people as they head to college and eventually their careers.”

Student delegates often had to take on the identity of a country, who they might not personally agree with. This was by design.

“We wanted a topical theme, and we also knew it would force students to put themselves in a different position from what they actually might think,” said Marissa Litzenberg, a sophomore political science major and member of Behrend’s Model UN Club.

The club recently competed at the International Model NATO Conference in Washington, D.C., and won Outstanding Delegation on the North Atlantic Council, Distinguished Delegation on the Partnerships and Cooperative Securities Committee, and overall Superior School Delegation.

“When we won those awards, that was one of the best feelings because we not only hung with some really big schools, we beat them,” Litzenberg said. “Really, though, the benefits of Model UN go far beyond awards. This has done so much for me with regard to my confidence and being able to think on my feet. These are things that you can use in the workforce, regardless of what you do.”

Assistant research professor Dr. James Hodge, psychology, was named the director of CORE after previously serving as interim director. Hodge also earned his doctoral degree in social psychology from the University of Vermont. 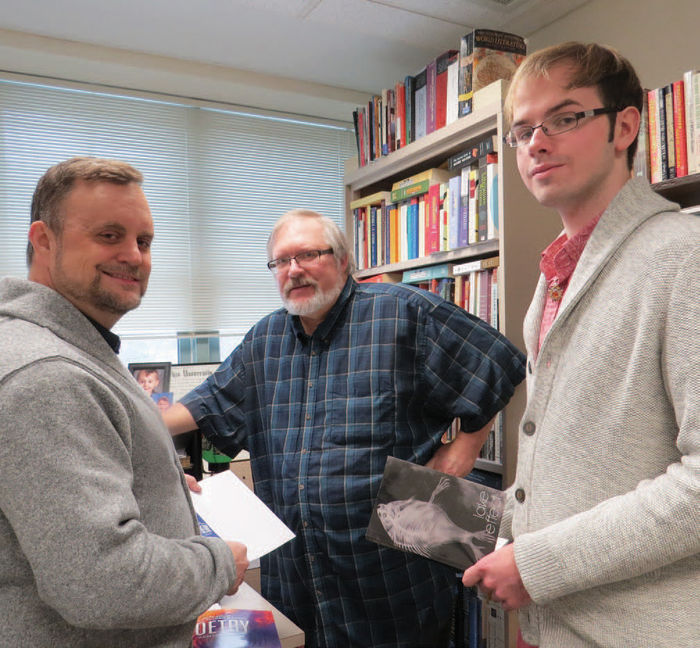 Poetry is often the first foray into creative writing for young people. It is where they can experiment with grammar and play with language and structure to arrange their thoughts in clever and meaningful ways.

The contest is administered by the college’s Bachelor of Fine Arts in Creative Writing degree program and named after its renowned literary journal, Lake Effect. This year, the contest received 1,500 entries from high school students across the nation.

Three cash prizes—$300 for first, $200 for second, and $100 for third—are awarded thanks to the poetry competition sponsors, Barnes & Noble University Bookstores and the School of Humanities and Social Sciences. Read this year’s winning entries at behrend.psu.edu/poetrycontest.

Exploring the Dynamics of Group Think

Recognizing the importance of teamwork in engineering, the National Science Foundation has funded a two-year, $200,000 study of group dynamics and collaborative problem-solving in simulated manufacturing environments at Penn State Behrend.

Engineering may seem to be a solitary endeavor, with professionals spending hours in the lab thinking, analyzing, and problem-solving. The reality is that it is a highly collaborative field; most engineers are part of larger teams, often interdisciplinary, working to accomplish common goals.

Recognizing the importance of teamwork in engineering, the National Science Foundation has funded a two-year, $200,000 study of group dynamics and collaborative problem-solving in simulated manufacturing environments at Penn State Behrend. The research project will assess innovation, creativity, and metacognitive awareness, a mindfulness in how one approaches work, among teams of engineers.

In the study, students will work in teams to complete manufacturing simulations, using blocks to construct LEGO cars. Students will work individually in physical and virtual-reality (VR) simulations, each learning a different aspect of the assembly process. Then, in groups, they will try to make the process faster and less expensive by reassessing the design, sourcing, manufacturing, and inspection of the toy-block cars. The design of the study, which involves faculty members from the School of Humanities and Social Sciences, is itself an exercise in teamwork.

“Engineering students tend to think in a linear process,” said Dr. Heather Lum, assistant professor of psychology and a co-researcher on the NSF study. “That’s how we present content in their courses: ‘You need A, B, and C to get to the end goal. That’s fine when we’re teaching a black-and-white technical skill, but there are gray areas, particularly when you work in a group setting, that sometimes require you to think in a deeper, more critical way.”

Lum’s role in the NSF project will be to test the students in VR environments. An eye-tracking system embedded in VR headsets will allow researchers to note which LEGO blocks students look at, and for how long, as they select materials for the manufacturing process.

In 1979, feminist artist Judy Chicago created “The Dinner Party,” a giant sculpture that imagines famous women from myth and history engaged in conversation. Last fall, Penn State Behrend hosted its own dinner party in the John M. Lilley Library with plates painted by students in WMNST 106 Representations of Women in Literature, Art, and Culture. Read the full story at behrendblog.com. Enter “women” in the search box.