Seven leaders serve as current executives in residence (EIRs) in the Black School of Business at Penn State Behrend: 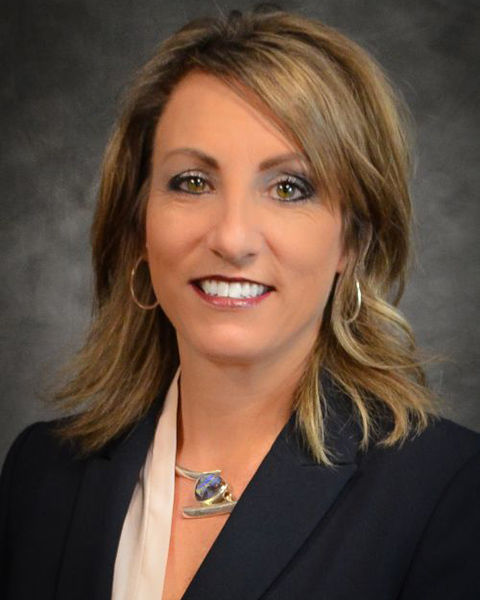 Janel M. Bonsell joined Schaffner, Knight, Minnaugh & Company, P.C. in 1995 as the firm's first professional hire. On January 1, 2009, Schaffner, Knight, Minnaugh & Company, P.C. promoted her to firm principal. Janel is the client service executive for a number of the firm's for-profit, owner-operated businesses. Her professional concentration is in attest services. In addition to her client service responsibilities, Janel is the director of human resources. She oversees campus relations, recruiting, career development, and performance evaluation programs.

Janel earned her B.S. degree in accounting from Gannon University, became a Certified Public Accountant in 1996, and a Certified Fraud Examiner in 2005. She also earned the credential of Certified in Financial Forensics. Janel has spent the majority of her career in the area of accounting and auditing and has participated in significant consulting projects.

Janel is a strong advocate for women-owned businesses and is a past panel member and program coordinator of the Athena Powerlink program, a program that supports women in business. Currently, Janel serves on the governing body of the Athena Powerlink program. In addition, she is a member of the Erie Women's Fund of the Erie Community Foundation and a member of The Rotary Club of Erie.

Janel joins the executive-in-residence program for the upcoming 2022–23 academic year, working closely with the Accounting program. 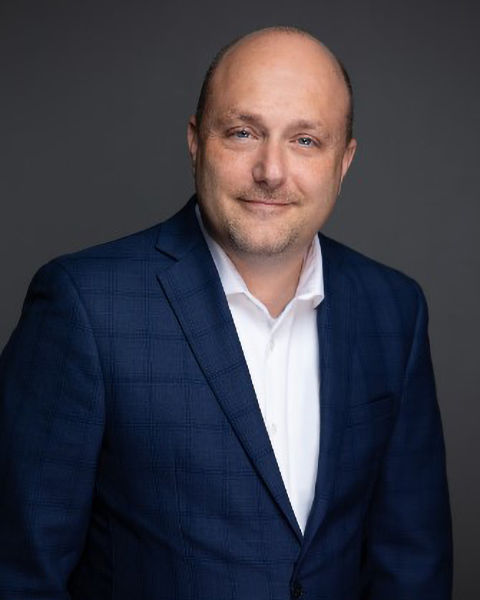 Steven D. Bugajski, a native of North Huntingdon, Pennsylvania, joined U. S. Steel in October 2008 as general manager of infrastructure, a division within the corporation's information technology department. From 2009 to 2019, he progressed through increasingly responsible roles within IT, including global leadership of business processes, project management and administration, transaction processing (accounts payable, payroll, and invoice resolution control), and enterprise applications, as well as the corporation's ERP deployment program.

Steve was appointed chief information officer in July 2019. In this role, he has responsibility for the oversight and leadership of U. S. Steel's global IT operation, including delivery of the corporation's overall digital strategy and cybersecurity.

Before joining U. S. Steel, Steve spent much of his IT career in the health care field, holding senior IT leadership positions, including CIO, at large hospital health systems and health care insurance companies. He currently holds leadership roles in several professional organizations, including IT and business advisory boards for Penn State and the United Way of Allegheny County. Steve is also an active member of the Greater Pittsburgh CIO Group and the Pittsburgh Technology Council.

Steve earned his bachelor's degree in Management Information Systems from Penn State Behrend and his M.B.A. from Waynesburg University.

Steve is in his third year as an executive in residence at the Black School of Business, where he works closely with the Management Information Systems program.

Christopher A. Elwell joined Maloney, Reed, Scarpitti & Company (MRS) in 2007, where he specializes in tax consulting, compliance, and preparation of tax returns. Chris also provides audit, accounting, and financial reporting services for small and mid-sized privately held owner-operated businesses and not-for-profits. He made partner in the firm in January 2015. Prior to joining MRS, Chris earned valuable accounting and management experience in various leadership positions through his 15 years in private industry.

He earned his Bachelor of Science degree in Bio-Psychology from Allegheny College in 1992.

As a community volunteer, Chris is president of the Millcreek Education Foundation, serves on many local organizations' operating committees, and is an avid miniature golf participant. He has been married to his wife, Greta, since 1994. They reside in Millcreek and have two wonderful children.

Chris joins the executive-in-residence program for the 2022–23 academic year, where he will work closely with the Accounting program. 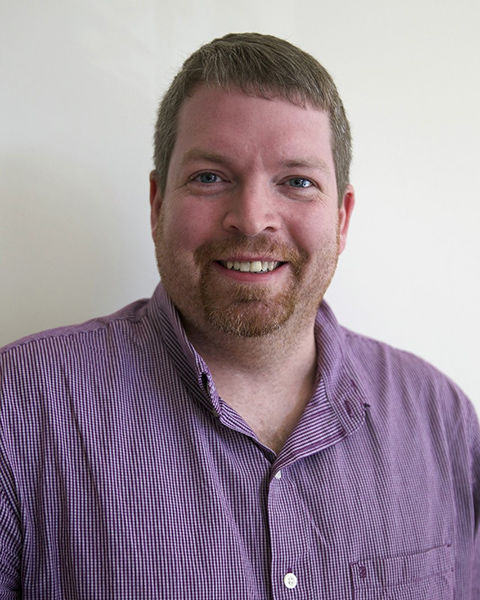 Matt MacBeth considers himself an entrepreneur, innovator, and disruptor. At the age of seven, Matt applied to the LEGO Corporation for an R&D position; while he is still awaiting their response, he has since graduated from Penn State Behrend with a Bachelor of Science in Electrical Engineering. Matt has created several intrapreneurial positions for himself throughout his career, in addition to founding, co-founding, and exiting several start-up ventures.

Matt was the chief innovation officer at The Brookfield Group, where he led several internal and external growth initiatives through the COVID-19 crisis. He is the founder of Guidant Venture Studio, where he mentors entrepreneurs. In addition to his role as executive in residence, he has sponsored several IBE Capstone projects.

Matt and his wife of 25 years, Mary Beth MacBeth, enjoy the outdoors, traveling the world, and mentoring anyone needing financial or entrepreneurial services. In his second year as an executive in residence, he will be working with the school's Interdisciplinary Business with Engineering Studies (IBE) program alongside the department chair. He also leads the Entrepreneurship/Intrapreneurship Certificate program. 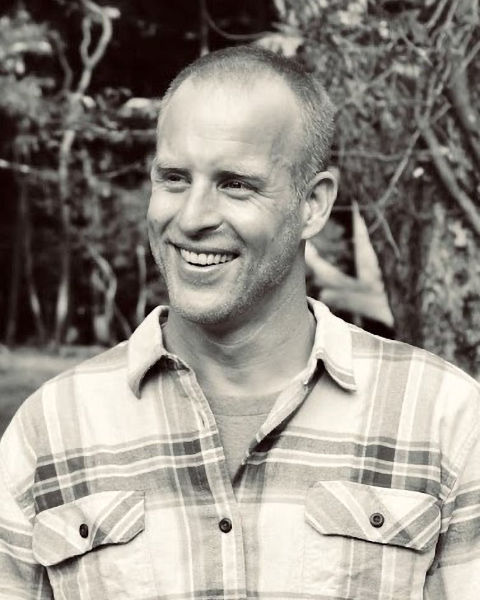 Gene Natali is the CEO and founder of Troutwood, a fintech company focusing on financial empowerment. He holds a bachelor's degree in economics from Allegheny College and an M.B.A. with a concentration in finance from Carnegie Mellon University. He is a Chartered Financial Analyst, a board member of the CFA Society Pittsburgh, and a part-time lecturer at the University of Pittsburgh.

In 2012, Gene co-authored an award-winning investment guide titled The Missing Semester. The guide, which provides practical financial advice to high school and college students, has been implemented in classrooms across the country. In addition, he regularly speaks in high school and college classrooms, has presented and been a keynote speaker at both investment and education conferences, and has assisted and helped design teacher and trustee training.

Gene, his wife, and four children live in Pittsburgh.

In his second year as an executive in residence for the Black School of Business, Gene works closely with the Finance program.

Jeremy O'Mard will serve as a second executive in residence for the Management Information Systems program alongside Steven D. Bugajski, Chief Information Officer with U. S. Steel. This is his second year with the program.

He has worked with commercial, state, and federal government agencies, serving in both technical and operational roles. In 2013 Jeremy graduated from the Penn State Behrend with a Bachelor of Science degree in Management Information Systems with a minor in Operations and Supply Chain Management. During his collegiate and professional careers, Jeremy has held many leadership positions in both professional and social organizations. Most recently, he serves as the president of the D.C. Chapter of the Penn State African American Alumni Organization (AAAO DC) and treasurer of the Behrend Black Leadership Alumni Coalition (BBLAC).

Jeremy is also the acting commander of the Maryland Defense Force's (MDDF) 256th Cyber Defense Unit (CDU), where he is responsible for leading, coordinating, and conducting integrated and synchronized defensive cyber operations. The MDDF is a volunteer uniformed state military agency and one of the four components of the Maryland Military Department. Formally established by the Maryland legislature in 1917, the unit's heritage and traditions trace back to the 17th century. O'Mard has gained considerable knowledge in information security and IT operations, along with systems administration, leadership, and project planning during his time in the Defense Force. 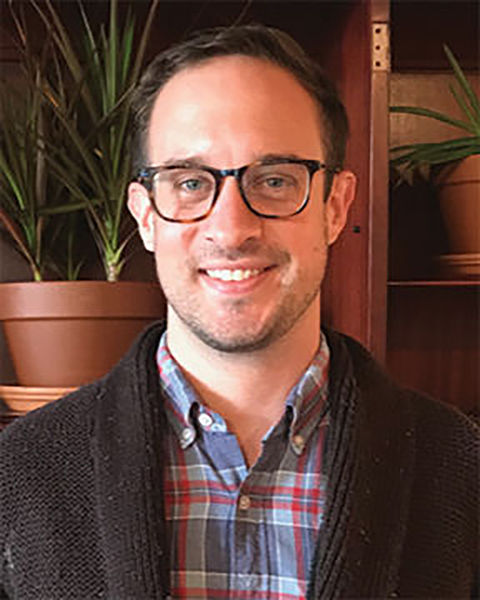 Jeff Stempka, brand manager at Gibson Brands, Inc., joined the Black School of Business in January 2021 as the executive in residence for the Marketing program.

As the brand manager, Jeff works to drive the execution of new product introduction (NPI) through cross-functional collaboration. Additionally, Jeff partners with functional experts to develop and execute against short and long-term strategic objectives to grow Gibson Brands across the globe. Most importantly, he gets to work with an incredible team that aims to make music accessible to everyone through many initiatives, including Gibson Gives.

Prior to this role, Jeff led product innovation across the Campbell Condensed Soup and Swanson Broth & Stock portfolios. He has also worked in various marketing, strategy, and corporate transformation roles at Tyson Foods, the U. S. Steel Corporation, and Advanced Manufacturing Technology Ventures, LLC.

Jeff holds a master's degree in market research and consumer behavior from IE Business School in Madrid, Spain, as well as an M.B.A. and bachelor's degrees in Marketing and International Business from Penn State Behrend's Black School of Business.